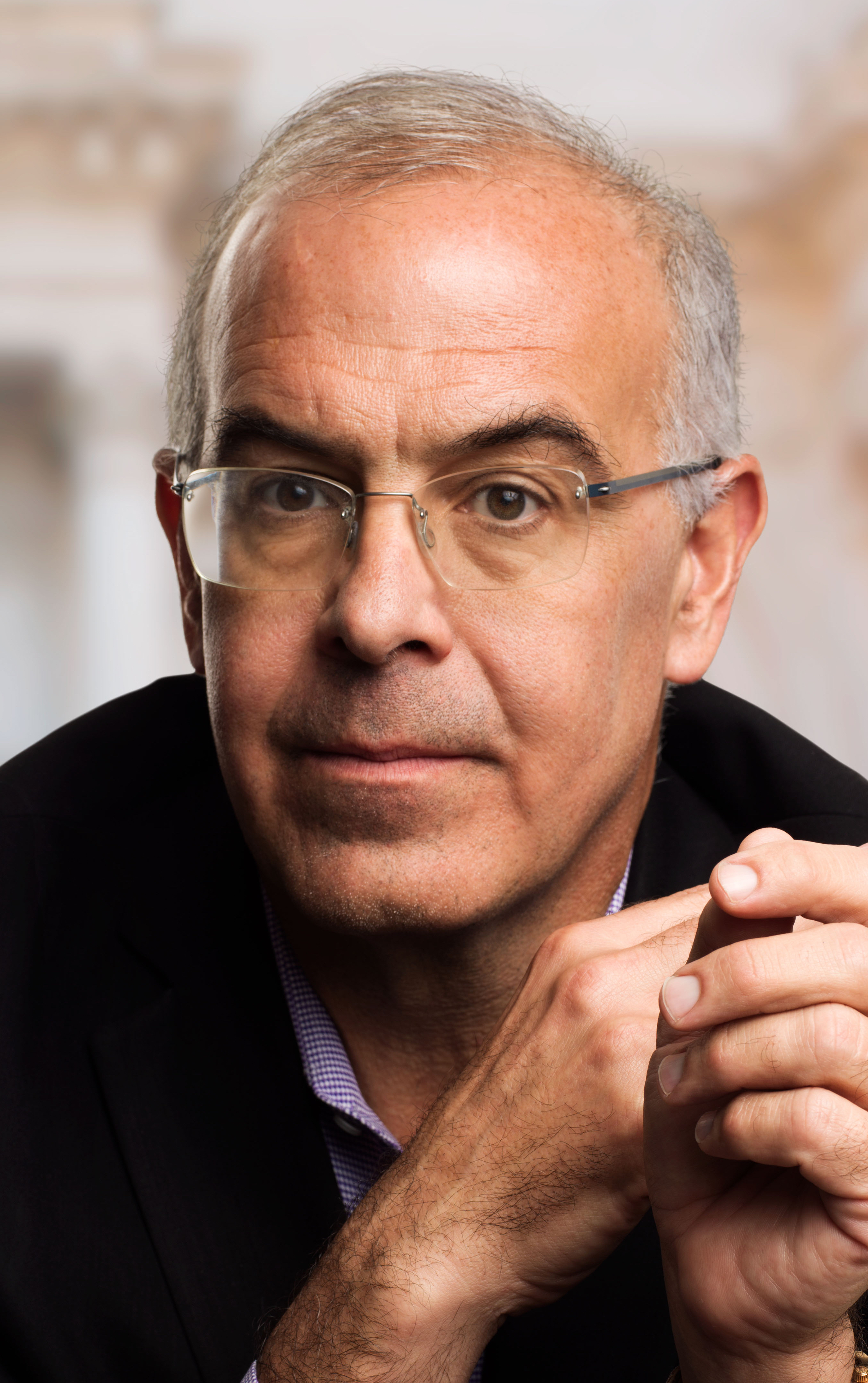 How to Treat Others with Respect

David Brooks is a columnist for The New York Times and a contributor to The Atlantic. He is a commentator on The PBS Newshour, NPR’s All Things Considered, and NBC’s Meet the Press.

His most recent book, The Second Mountain, shows what can happen when we put commitment-making and relationships at the center of our lives. Brooks is also the author of The Road to Character, Bobos In Paradise: The New Upper Class and How They Got There, and The Social Animal: The Hidden Sources of Love, Character, and Achievement.

Brooks is on the faculty of Yale University and a member of the American Academy of Arts & Sciences. Follow him on Twitter @nytdavidbrooks and his Weave project @Weavetheppl. 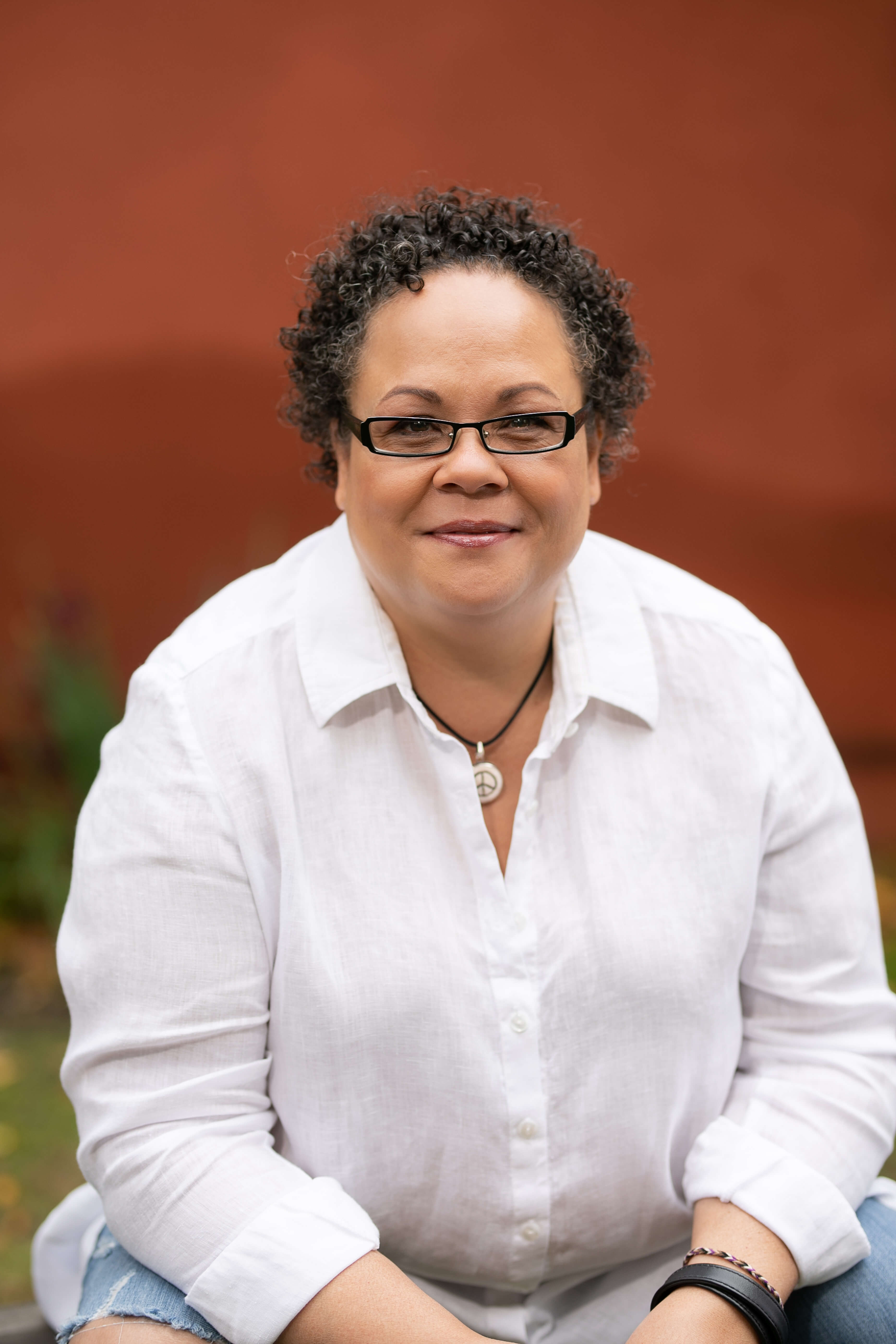 How Not to Mess Up Your Boys

Julie Lythcott-Haims believes in humans and is deeply interested in what gets in our way. Her work encompasses writing, speaking, teaching, mentoring, and activism.

Lythcott-Haims is The New York Times bestselling author of How to Raise an Adult, which gave rise to a popular TED Talk. Her second book is the critically acclaimed and award-winning prose poetry memoir Real American, which illustrates her experience as a Black and biracial person in white spaces. Her third book, Your Turn: How to Be an Adult, has been called a “groundbreakingly frank” guide to adulthood.

Lythcott-Haims holds degrees from Stanford University, Harvard Law School, and California College of the Arts. She currently serves on the boards of Common Sense Media, Black Women’s Health Imperative, Narrative magazine, and California College of the Arts. Lythcott-Haims serves on the advisory boards of LeanIn.Org, Parents magazine, and Baldwin for the Arts.

She lives in the San Francisco Bay Area with her partner of over 30 years, their itinerant young adults, and her mother. 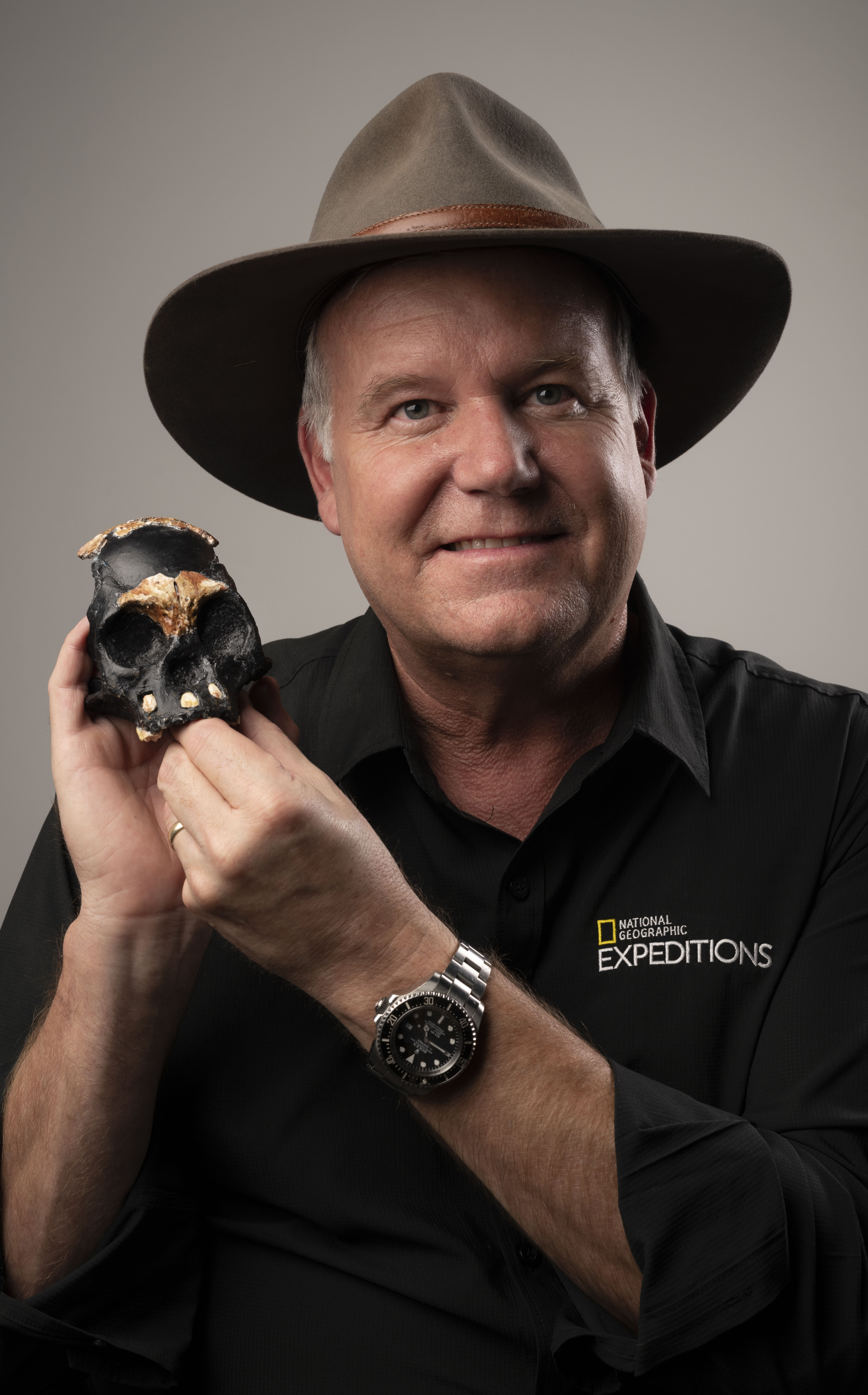 Award-winning researcher, explorer, author, and speaker Lee R. Berger advocates open access science and open sourcing. He holds a Ph.D. in palaeoanthropology and his novel approach to inclusive science and open collaboration earned him recognition as a Pioneer in Science by the World Science Festival. In 2016, Time named him one of the 100 Most Influential People in the World and the National Geographic Society named him Rolex Explorer of the Year.

Currently, Berger serves as the Phillip Tobias Chair in Human Evolution and head of the Centre for the Exploration of the Deep Human Journey at the University of the Witwatersrand, Johannesburg, South Africa, and an explorer at large for the National Geographic Society.

Berger’s decades of explorations into human origins on the African continent, Asia, and Micronesia have yielded exciting results, including the discovery of two new species of early human relatives: Australopithecus sediba and Homo naledi. In 2020, the Smithsonian recognized these among the 10 most important scientific discoveries of the decade. His teams have recovered more individual hominid remains in subequatorial Africa over the last decade than were recovered in the previous 90 years.

Berger has authored more than 200 scholarly and popular works on palaeontology, natural history, and exploration. Science has featured his discoveries on its cover three times and Time, Scientific American, and Discover Magazine have included him in the top 100 science stories of the year on numerous occasions. The 2015 PBS Nova National Geographic documentary Dawn of Humanity about Berger’s discovery of Homo naledi and the Rising Star expedition garnered an Emmy nomination.

Accolades for Berger’s conservation efforts include the William T. Hornaday Award and Georgia’s Youth Conservationist of the Year. Other distinguished honors include National Geographic Society’s first Prize for Research and Exploration, the Academy of Achievement’s Golden Plate Award, and the South Africa Academy of Sciences Gold Medal. His work has brought him recognition as a fellow of the Royal Society of South Africa, Royal Geographical Society, Explorers Club, and South African Academy of Sciences. Prominent advisory positions include the chairmanship of the Fulbright Commission of South Africa, Senior Advisory Board of the Global Young Academy, and Centre of Excellence in PalaeoSciences of South Africa. A South African Ambassador for Tourism, Conventions, and Business Events, Berger has garnered humanitarian awards including the Boy Scout Medal of Honor for saving a life and Red Cross Certificate of Merit. He is the honorary national president of the South African Spelaeological Association.

Berger is a founding trustee of the nonprofit Lee R. Berger Foundation for Exploration and was a founder of the Palaeoanthropological Scientific Trust as well a founding trustee of the Jane Goodall Society of South Africa. He is director of both the Malapa site and Rising Star excavations, the latter resulting in the discovery of the largest primitive hominin assemblage in history. 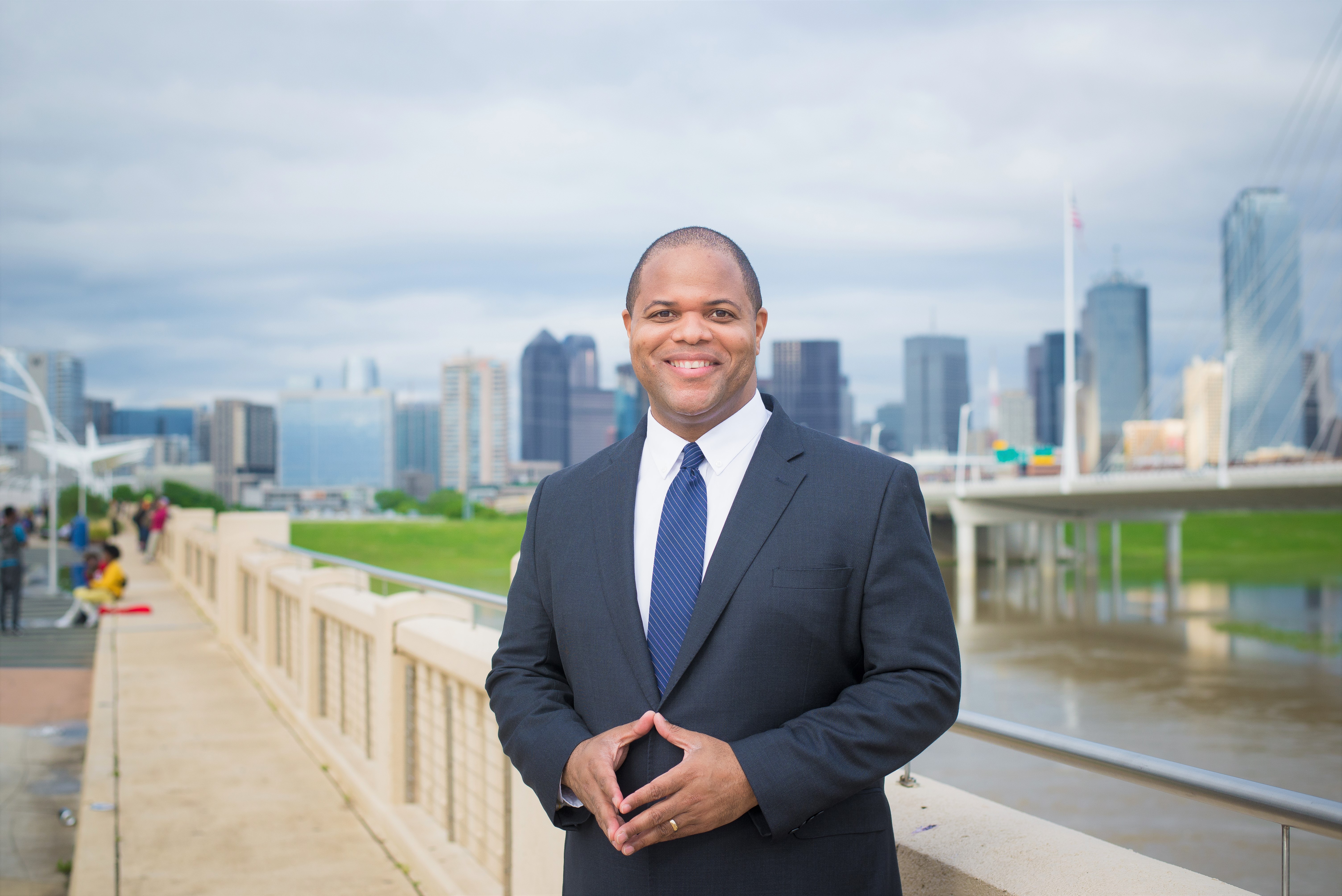 Elected in June 2019, Eric Johnson is the 60th mayor of Dallas. Prior to becoming mayor, Johnson served as a member of the Texas House of Representatives where he represented the City of Dallas from April 2010 to June 2019. During his tenure in the Texas legislature, Johnson served on several legislative committees, including Appropriations, Ways and Means, Higher Education, and Natural Resources. He also served as chairman of the Dallas Area Legislative Delegation. In addition to his service as mayor of Dallas, Johnson is also a partner with the international law firm Locke Lord LLP.

Born in Dallas, Johnson attended Dallas Independent School District schools through first grade before earning a scholarship to Greenhill School through the Boys and Girls Clubs of Greater Dallas. He attended Harvard College, where he graduated cum laude with a degree in history. Johnson also holds a law degree from the University of Pennsylvania Carey Law School and a master's degree in public affairs from the School of Public and International Affairs at Princeton University. He is an alumnus of Harvard University’s John F. Kennedy School of Government’s Senior Executives in State and Local Government program and a member of the Council on Foreign Relations.

Mayor Johnson lives in Dallas with his wife, Nikki, their three children, William, George, and Lela, and their dog, Penny. He is a member of the Mountain View Church of Christ. 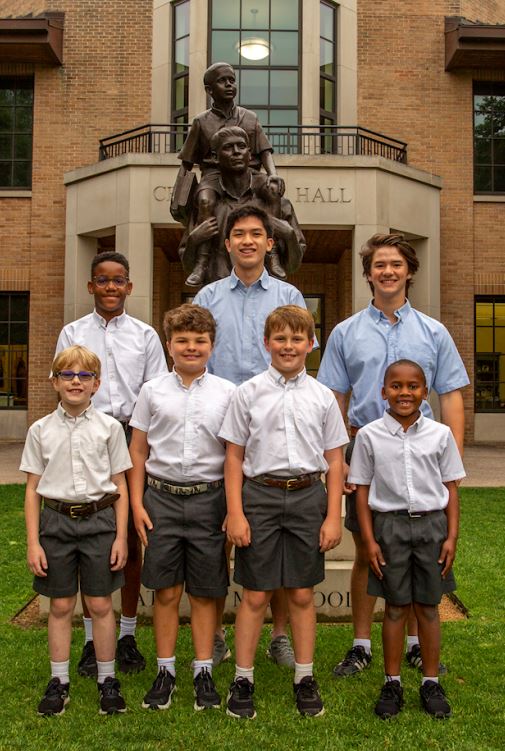 Affectionately known as “Marksmen,” boys at St. Mark’s engage in and pursue a wide range of interests and activities across our campus and throughout our city. Listen as boys from each division—lower, middle, and upper—share stories about how their passions get sparked and fanned by the school community. Moderated by a student, the panel offers a unique perspective into life at 10600 Preston Road. 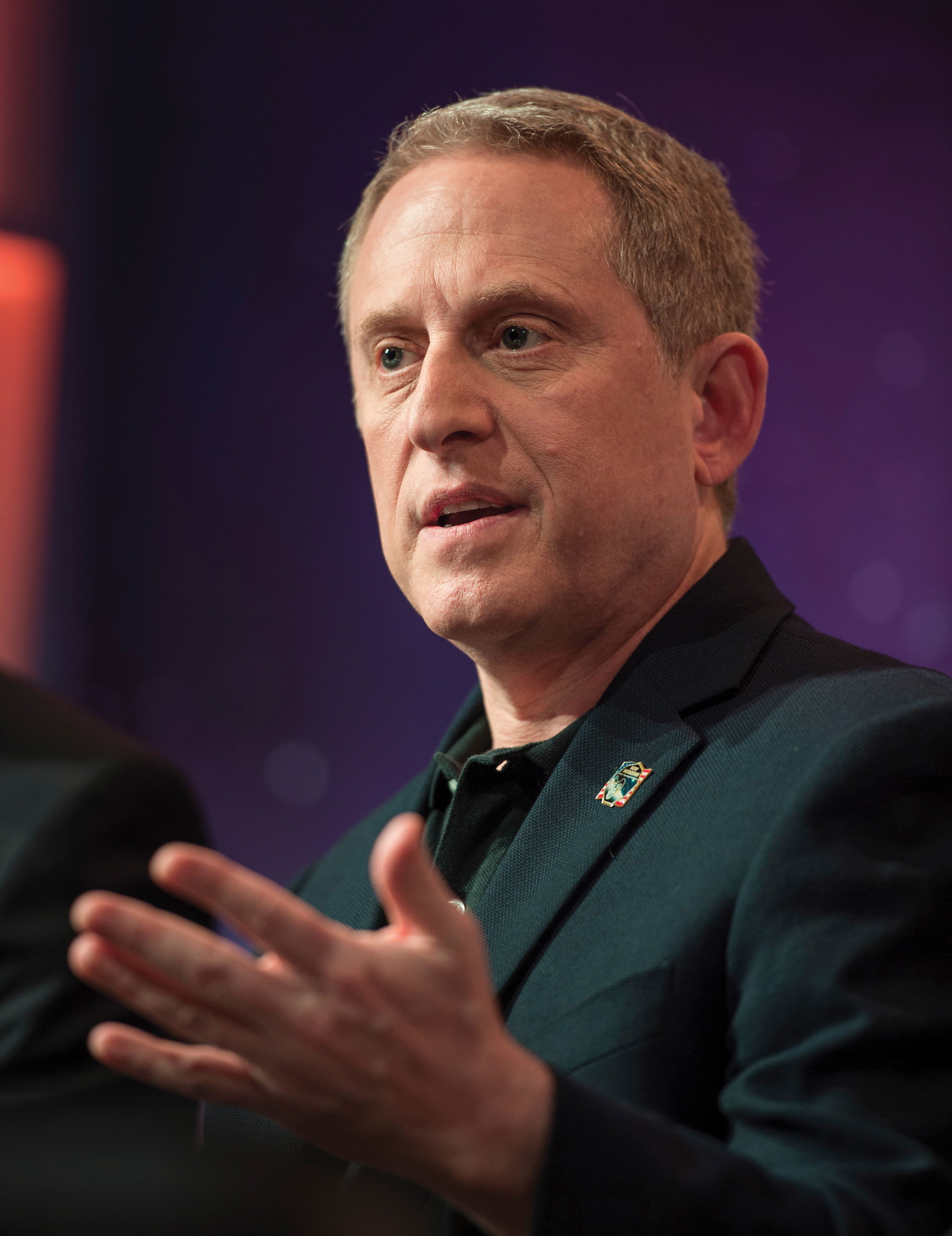 Alan Stern is a planetary scientist, space program executive, aerospace consultant, and author. He leads the National Aeronautics and Space Administration’s (NASA) $880 million New Horizons mission that successfully explored the Pluto system and is now exploring the Kuiper Belt—the farthest exploration in the history of humankind.

Stern’s personal interests include running, hiking, camping, and writing. He is an instrument-rated commercial pilot and flight instructor, with both powered and sailplane ratings. He and his wife Carole have two daughters and a son; they make their home near Boulder, Colorado.