An IBSC Online Program for Leaders in Boys' Schools

Co-hosted by The Scots College (Australia)

Learn from the innovators putting student and staff experience at the heart of their schools. In this two-part series, learn how experienced leaders:

A productive learning environment requires engagement from all sides. Discover how bringing employee, student, and parent experiences together helps close experience gaps for students, teachers, and parents at The Scots College with Ian Lambert. Plus, take advantage of time in this workshop to meet and engage with fellow participants, ask questions, and share experiences.

Masterclass: How to Design and Improve the Experiences Your School Provides

Join us for an interactive journey-mapping workshop to learn the tools and methodology that help you diagnose problems and identify opportunities. Cover basic journey-mapping methodology and gain a hands-on experience mapping your key customer journeys. Uncover insights and design your target state experience by taking an outside-in customer-centric approach guided by our customer experience (CX) experts. In this workshop:

IBSC member rate: US $199
Limited to the first 18 members who register. 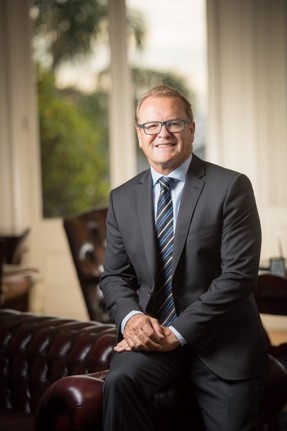 He completed his secondary education at The Southport School (Australia) in Queensland, but he had a connection with The Scots College through his father, who attended the college as a boarder and prefect of Aspinall House from 1944-48. At The Southport School, Lambert was an all-round achiever: He was head boy, played First XV Rugby, and was stroke of the AAGPS Premiership First VIII Rowing, CUO of the Cadet Corps, and a member of the jazz and concert bands (he still plays the saxophone at selected college events). After finishing school, he went on to represent Queensland in Under 19 Rowing and Under 21 Rugby.

After completing a BA in literature, modern history, and sociology at Griffith University with a teaching diploma, Lambert later attended the University of London where he completed his master of arts degree in 20th century literature. He then obtained his PhD at Cambridge University in the area of philosophy of education, where he also represented his college in rugby and rowing.

Before coming to Scots, Lambert was principal of Swan Christian College in Perth, WA, and before that he taught English and history at St. Paul's Anglican School and Emmanuel College in Queensland. He has written and edited five educational books and numerous articles for journals and magazines. With an active interest in assisting Indigenous groups in Australia and Cambodia, Lambert is a strong advocate of the Indigenous Education Program at the college.