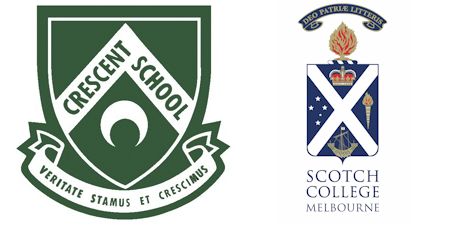 An IBSC Online Program for Teachers in Boys' Schools

Registration has reached its full capacity. If you would like to join the waiting list, please email Bruce Collins at collins@theibsc.org.

Join Michael Reichert and a panel of leading boys’ educators for two workshops on relational teaching, based on research conducted with IBSC schools.

Amid growing awareness that a gender-based achievement gap exists in countries around the world—and has persisted in many cases for at least a century—a global study of 1,500 boys and 1,000 of their teachers was conducted in 2008 among IBSC member schools. The study aimed to build a theory of boys’ education based on what works for these students and schools. Up to this point, for too many educators the pedagogy guiding work with boys had been based on deeply felt beliefs and inherited prejudices, which tended to reproduce routine developmental losses and educational casualties. As the study solicited insights from teachers and boys themselves, their views converged on an approach and a set of instructional practices that reliably produced more positive results.

Attend this workshop to learn directly from the study’s leader Michael Reichert as he introduces a theory of boys’ education derived from actual practice and confirmed by boys themselves. Go further in-depth as a panel of teachers experienced in boys’ schools describes how they hone their lessons in response to feedback they receive from the boys in their classrooms. Find time to meet and engage with fellow participants and to ask questions. In this first workshop:

The relatively new fields of interpersonal and affective neuroscience confirm that all children, including boys, are “wired to connect” and “born to love.” In 2010, an IBSC-sponsored global study of 1,400 boys and 1,000 of their teachers conducted in 34 schools found not only that boys were “relational learners” but also that even the most hardened resistance could be transformed by an effective relational approach. Indeed, to effectively engage a boy in a learning partnership, the teacher or coach must first connect with him. As a result, the role of teacher as relationship manager must be central in boys’ education—which has a host of implications for teachers, coaches, and schools themselves.

Attend this workshop to learn directly from the study’s leader Michael Reichert as he provides an introduction to relational pedagogy with boys, an overview of relational gestures shown to be effective for establishing a working alliance, and an understanding of the common phenomenon of relational breakdowns and their repair. He also shares results of a third study that explored the relational model with boys in primary grades, as well as insights from other researchers who have tested the framework with boys of color. Hear from a panel of teachers experienced in boys’ schools as they share their experience with relational pedagogy. Find time to meet and engage with fellow participants and to ask questions. In this second workshop: 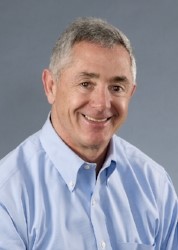 Michael Reichert, an applied and research psychologist, has long advocated for children and families. From counseling youth involved in the juvenile justice system and leading treatment teams in a psychiatric hospital to managing an independent clinical practice, Reichert has tested his understanding of children with real—even life-threatening—challenges.

He has immersed himself in research and consultation experiences that have afforded a deeper understanding of the conditions that allow a child to flourish in natural contexts: families, schools, and communities. Reichert has created and run programs in both inner-city communities and some of the most affluent suburban communities in the world. Working across such varied conditions, he has come to a profound appreciation for the hard science of human development.

For 10 years Reichert helped create and lead an intervention for high-risk youth in the tri-state region around Philadelphia. The program raised over $4 million in grants and was named a “promising practice” for reducing youth violence by the Pennsylvania Commission on Crime and Delinquency.

As an extension of his work with schools, boys, and their parents, Reichert was asked to pull together top national experts by a highly regarded boys’ school outside of Philadelphia and to create a unique program combining research, advocacy, and service. The program established the first school-based research center devoted to understanding the particular needs of boys, which eventually grew into a research collaborative between independent schools and the University of Pennsylvania. He continues to lead this center, which has honed a model for student empowerment, Youth Participatory Action Research, to train high school students in rigorous research methods so they can explore pressing questions about relationships and identity.

In his work conducting research for IBSC, Reichert has spoken to audiences of boys, educators, and parents throughout Africa, the United Kingdom, Canada, and the United States. He has led workshops and consulted to hundreds of schools of all types.

Since 1984, Reichert has maintained a clinical practice outside Philadelphia specializing in work with boys, men, and their families. In addition to direct patient care, he has served as the supervising psychologist at an independent boys’ school and has had the opportunity there to create and lead a program designed to enhance boys’ emotional literacy.

This body of experience has led him to publish numerous articles and several books, including Reaching Boys, Teaching Boys: Lessons About What Works—and Why and I Can Learn From You: Boys as Relational Learners. His new book for parents is How to Raise a Boy: The Power of Connection to Build Good Men.