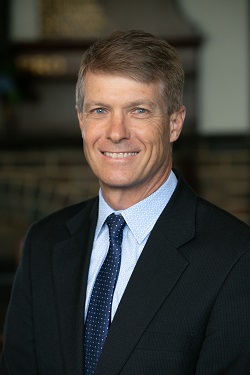 Deputy Headmaster Rod Morrison began his teaching career at Shore School (Australia) in 1986, winning appointment to his current leadership role in 2016. He previously served as assistant to the headmaster for 14 years. In the mid-1990s, Morrison taught at the Rugby School (United Kingdom).

Educated at Canberra Grammar School, he continued his studies at the University of New England and University of Sydney where he gained his BA and Diploma of Education.

Morrison teaches modern history to HSC level. He has coached rugby for nearly 30 years including the GPS 1st XV and the Shore 1st XV. Morrison has also been an integral member of the Shore rowing program as a coach of the junior crews for many seasons.

Actively involved with IBSC for decades, he attended his first IBSC Annual Conference more than 20 years ago and has served as a trustee on the board since 2018.

Morrison is married to Lisa and has two sons Luke and Tim who are both Old Boys of Shore. 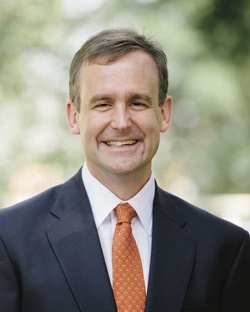 Byron C. Hulsey, a 1986 graduate of Woodberry Forest School (United States) and a former member of the faculty, became the school’s ninth headmaster on July 1, 2014. An experienced educator and leader, he possesses a love of learning, a passion for excellence, and a deep and abiding respect for the culture and traditions of Woodberry Forest School. Before returning to Woodberry, he served as head of school at Randolph School in Huntsville, Alabama, for eight years.

As a Woodberry student, Hulsey served as senior prefect; he received the Archer Christian Memorial Medal, the school’s highest student honor, in 1986. He was a Jefferson Scholar at the University of Virginia, where he earned his undergraduate history degree in 1990. Following graduation, he taught for two years at Bryanston School, a boarding school in Blandford, England, before returning to his native Texas to earn master’s and PhD degrees from the University of Texas at Austin as a Patterson-Banister Fellow in American History. He is the author of Everett Dirksen and His Presidents: How a Senate Giant Shaped American Politics, published in 2000 by the University Press of Kansas.

Hulsey joined the Woodberry faculty in 1998. He served as assistant director of college counseling, taught history, coached basketball and baseball, and lived on dorm. He returned to the University of Virginia in 2000 as associate director of the Jefferson Scholars Foundation. Three years later, his deep interest in secondary education called him to Norfolk Academy, where he served as assistant headmaster. He moved to Randolph School in 2006.

Hulsey met his wife, Jennifer, in graduate school. She earned bachelor’s and master’s degrees in American history there, later working for the National Endowment for the Humanities and for Monticello, Thomas Jefferson’s home. Together with their children, Ben and Claire, they live in the historic residence on the campus of Woodberry Forest School. 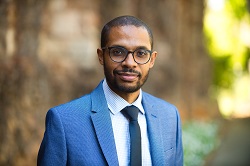 Lalla led the team that won the South African Apple in Education Award for its submission on inquiry-based learning in 2017. He was involved in the IBSC Action Research Program, where his report placed in the top 10 in 2018. He has been a speaker at a number of conferences, including the Google Summit and the inaugural ResearchEd Africa Conferences and serves as an educationalist on the Summit Education Trust.

Lalla began his teaching career at Briardene Primary, his alma mater in Kwazulu Natal, where he was also a sports coach. He went on to teach IT at Sandown High School and was the deputy head and then headmaster of Summit College Preparatory School before joining St. Stithians Boys’ Prep (South Africa) as deputy head. He holds a bachelor’s of education from the University of Kwazulu Natal. 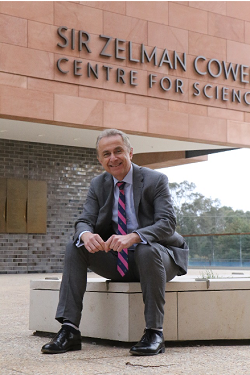 Appointed in 2008, Tom Batty is the ninth principal of Scotch College, Melbourne (Australia). Previously, he served as a house master at Eton College (United Kingdom). Educated in the UK, after a flirtation with financial services, Batty headed south to commence a teaching career, first in New Zealand and then Australia.

Founded in 1851, Scotch is home to 1,880 boys and 330 permanent members of staff. Batty sees his role as harnessing the resources of Scotch to best advance the development of each boy, so that he might do his bit in building something better for those to come. He is interested in the relationship between the micro and the macro, the judgement that rests between awareness and action, and parallels to mathematical pattern in the social world. Batty chairs the IBSC board of trustees and is a lifelong supporter of Brentford FC. At a time of instant and continual flow of information, he seeks ways by which the resources of an institution might best align to connect interests and talents, and drive social and economic enterprise.