Watch the video of the panel discussion. 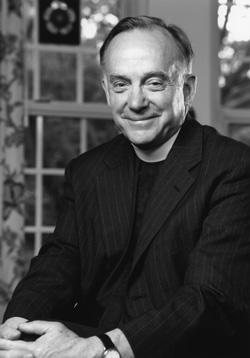 Panel Discussion: 25 Years Advocating for Boys and Their Schools: Honoring the Past and Looking to the Future
Monday, June 26
8:30 AM

A graduate of St. Mark’s School and Harvard College, Tony Jarvis received his M.A. from Cambridge University in England, and his S.T.B. from the Episcopal Theological School in Cambridge, Massachusetts. Bowdoin College, Middlebury College, and the Berkeley Divinity School at Yale have awarded him honorary doctorates.

An Episcopal priest, Jarvis served as Curate at St. Paul’s Church in Cleveland, Ohio, 1964-71. In 1971, he was appointed Chairman of the History Department at University School in Cleveland, and the following year Assistant Director, Upper School. For 30 years, he served as headmaster of Roxbury Latin School, the oldest school in continuous existence in North America. Later, Jarvis served as chaplain and master at Eton College in England, and as scholar-in-residence at schools in Perth and Sydney, Australia. He has spoken at numerous educational conferences and schools in Australia, Canada, New Zealand, South Africa, the United Kingdom, and United States.

Jarvis founded the Educational Leadership and Ministry Program at the Berkeley Divinity School at Yale. This pioneering program seeks to prepare students for service in education.

Devoted to education, Jarvis is past President of the Headmasters Association of the United States and the Country Day School Headmasters Association, and former Chairman of the Commission on Independent Schools of the New England Association of Schools and Colleges. He served on the Massachusetts State Ethics Commission. He has been as a trustee of the Independent School Association of Massachusetts, Winsor School, American Friends of Maru a Pula in Botswana, and Portsmouth Abbey School. Since 1976, he has been priest associate at All Saints’ Church, Ashmont, an inner-city parish in Boston.

His book, With Love and Prayers, a collection of 40 addresses to students, won the Christopher Award for adult nonfiction. 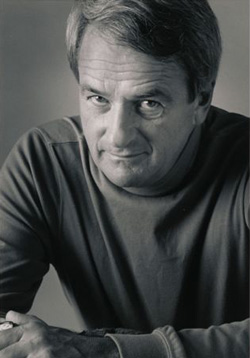 Panel Discussion: 25 Years Advocating for Boys and Their Schools: Honoring the Past and Looking to the Future
Monday, 26 June
8:30 AM

A lifelong teacher and writer, Richard Hawley attended suburban Chicago public schools and completed his undergraduate studies in political philosophy at Middlebury College. He earned his master's and doctoral degrees in politics at Case Western Reserve University. He also studied theology as an M.A. student at Cambridge University under the tutelage of the theologian W. Norman Pittenger.

In the fall of 1968, he began teaching at University School, an independent college preparatory school for boys in Cleveland, Ohio, United States. There he taught history, economics, philosophy, and English literature, while also serving the school as History Department Chairman, Dean of Students, and Director of the Upper School. From 1988 until his retirement in 2005, Hawley served as Headmaster. In 1995, he was named the founding president of the International Boys’ Schools Coalition.

A writer of fiction, poetry, and literary nonfiction, he has published more than 20 books and several monographs. His essays, articles, and poems have appeared in dozens of publications, including The New York Times, The Atlantic, American Film, Commonweal, America, Orion, The Christian Science Monitor, and The New England Journal of Medicine. For 10 years he taught fiction and nonfiction writing at The Bread Loaf Writers Conference in Vermont, and he continues to teach developing writers in a variety of settings. His recent work draws from depth psychology and classical philosophy to illuminate contemporary problems.

He has lectured extensively at universities, schools, and conferences in the United States, Canada, the United Kingdom, Australia, and South Africa. He is married to Mary Hawley, a painter and fabric artist. They live in Ripton, Vermont, United States. 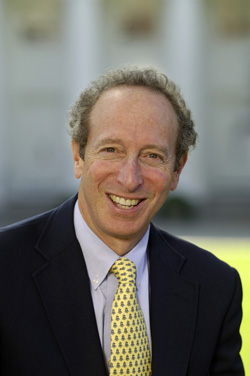 Panel Discussion: 25 Years Advocating for Boys and Their Schools: Honoring the Past and Looking to the Future
Monday, 26 June
8:30 AM

Richard I. Melvoin serves as Head of School at the Belmont Hill School, an independent day school located just outside of Boston, Massachusetts, United States. A 1973 graduate of Harvard College, he earned his master’s degree and Ph.D. in early American history from the University of Michigan. Melvoin started his career at Deerfield Academy, where he spent 15 years he teaching, coaching, directing plays, and serving as History Department Chair and Dean of Studies. He returned to Harvard in 1988 as Assistant Dean of Admissions and Financial Aid and Lecturer in History and Literature. He is the author of New England Outpost: War and Society in Colonial Deerfield (W.W. Norton, 1988) and numerous essays on boys, education, and school leadership.

As Belmont Head of School since 1993, he has actively served the community, both locally and globally. Melvoin has been a member of the Board of Overseers at Harvard University, as well as a trustee for The Winsor School, Haverford School, Epiphany School, The Steppingstone Foundation, and Facing History and Ourselves. Always a champion of boys’ education, he recently served as Board President of the International Boys’ Schools Coalition and as President of The Headmasters Association.

Watch the video of Andrew Reiner. 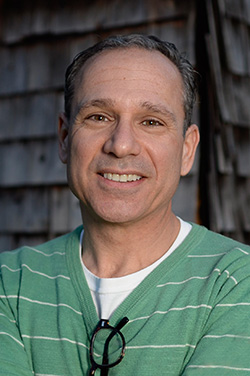 Plenary Session: Lost Voices – Giving Back the Vocabulary of Emotional Honesty to Boys
Monday, 26 June
8:30 AM

Andrew Reiner teaches in the Honors College and English department at Towson University, where he offers the seminar Real Men Smile: The Changing Face of Masculinity. His writing about masculinity and men's issues has appeared in The New York Times and The Washington Post Magazine. A piece he wrote about fatherhood was selected as one of the 10 best in 2016 for the Well Family column in The New York Times. Another article he wrote for The New York Times, about the need to teach boys and men greater emotional honesty, gained traction with more than 1.4 million readers internationally. National Public Radio, Canadian Broadcasting Company, The Guardian, Men's Health magazine, and Forbes have interviewed Reiner and relied on his expertise in topics related to masculine identity. Currently he is writing a book about masculinity that explores some of the themes he will share with our community of boys’ educators.. 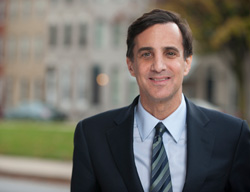 Ronald J. Daniels serves as the 14th president of Johns Hopkins University, America’s first research university. Since taking the helm of the world-renowned university in 2009, he has focused his leadership on three overarching themes: enhanced interdisciplinary collaboration, individual excellence, and community engagement. These themes form the backbone of the university’s strategic vision through 2020, and underscore the priorities of Johns Hopkins’ largest-ever fundraising campaign.

During Daniels’ tenure, the university has launched a series of multidisciplinary initiatives aimed at addressing some of society’s most vexing issues; bolstered the efforts of faculty, staff, and students to translate discoveries into novel technologies; invested heavily in student access; and extended its rich community partnerships. 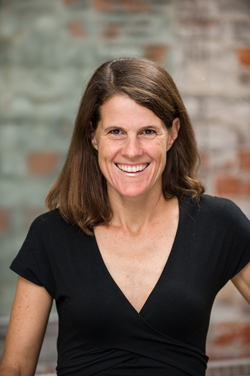 Inspiring Change in the World of Imagination, Creativity, and Innovation
Monday, 26 June
3:00 PM

Courtney Ferrell spends her time provoking organizations and individuals to think and behave differently. She has worked as a creative consultant and thinking partner to top executives of companies like Mattel, Disney, Fidelity, NBC, Nike, The Discovery Channel, JPMorgan Chase, General Electric, and Mary Kay. Even Oprah recognizes Ferrell as an inspired change agent in the world of imagination, creativity, and innovation in business. Ferrell’s witty sense of humor, her drink-from-a-fire-hose energy, and her anything goes change methods have led to featured articles in Fast Company, O Magazine, Inc. magazine, Triathlete magazine, and Style. She has served as a visiting professor of innovation at the University of Virginia’s Darden School of Business, University of Richmond’s Robins School of Business, Southern Methodist University’s Lyle School of Engineering, and Kaospilot University in Aarhus, Denmark.

Ferrell spent seven years living in a high school dorm with her husband, their children, and 45 freshman boys. In her free time, she coaches cross country and writes children’s books. A storyteller at heart, Ferrell is never far from her pen or an audience.