Watch the video of Demian Costa and Adam Peake. 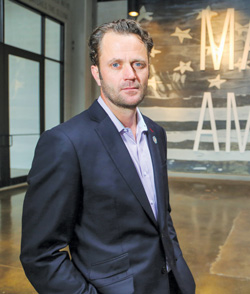 Demian Costa is the Managing Partner of Sagamore Ventures, the venture investment arm of Plank Industries, a privately-held company with diversified holdings in commercial real estate, hospitality, food and beverage and thoroughbred horseracing, all under the Sagamore group of brands. The company is based in Baltimore, MD, USA and serves as the family investment arm of Kevin A. Plank, founder, Chairman and CEO of Under Armour, Inc. (NYSE:UA).

Demian is a military veteran having served 12 years as a US Navy SEAL. Following his military career, Demian Co-Founded FX Studios, focused on building virtual and on premise employee wellness programs globally. He is currently focused on Venture, Private Equity, Entrepreneurship, and Innovation growth in Baltimore and beyond. Demian holds an undergraduate degree in finance and an MBA from the University of Maryland Robert H. Smith School of Business. 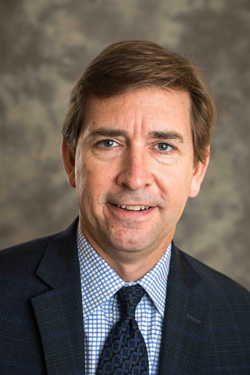 An accomplished sales and marketing executive with more than 20 years of experience in the sports and sporting goods industries, Adam Peake most recently served as the Executive Vice President of Sport Category Management at Under Armour until June 2016. In this role, Peake took responsibility for driving synergy across product, sales, and marketing to help position and elevate the Under Armour brand around the world. Prior to that, he held several leadership positions at the company, from Vice President of Footwear, to Senior Vice President of Sales, to Executive Vice President of Global Marketing. Currently working as a consultant, Peake also serves as Affiliate Instructor of Marketing at Loyola University Maryland.

Peake earned a bachelor’s degree in marketing from the University of Maryland, and later earned an MBA from Wake Forest University. He lives in Baltimore with his wife, Wendy, and their three children Ben, Sam, and Charlotte.

An All-American football player, Joe Ehrmann was named to Syracuse University’s All-Century Team. He also lettered in lacrosse at while studying at Syracuse, and later received the George Arents Award, the university’s highest alumni honor, presented annually to alumni who have made outstanding contributions to their chosen fields. For 13 years, Ehrmann played professional football. The Baltimore Colts named him Man of the Year. He was the NFL’s first Ed Block Courage Award Recipient, and named “The Most Important Coach in America” by Parade Magazine. The Institute for International Sport chose him as one of The Most Influential Sports Educators in America.

He shares his revolutionary concepts of transformational coaching in his book, InSideOut Coaching: How Sports Can Transform Lives. Ehrmann is also the subject of New York Times Best-Seller, Season of Life: A Football Star, a Boy, a Journey to Manhood. In addition to the many other accolades he has garnered, the Baltimore Business Journal selected him as the Renaissance Person of the Decade for his dedication and commitment to Baltimore City’s betterment. He was the National Fatherhood Initiative’s Man of the Year and the Frederick Douglass National Man of the Year award recipient for empowering youth to prevent rape and other forms of male violence. Ehrmann is co-founder of the NFL Foundation-funded InSideOut Initiative, aimed at implementing education-based athletics that are co-curricular, character-based, and led by transformational coaching.

Yet, his greatest accomplishments are his four children, Ali, Esther, Barney, and Joey, and his two adorable grandsons, Murphy and Beau.