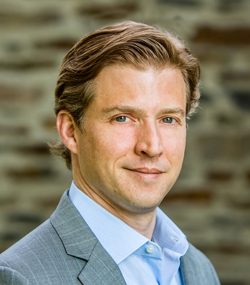 Plenary Session
Innovation, Education, and the Industries of the Future
Wednesday, 28 June
8:30 AM

Alec Ross is a Distinguished Senior Fellow at Johns Hopkins University and the author of New York Times bestseller The Industries of the Future. The book explores the technological and scientific trends and developments that will shape the next 10 years, including robotics and artificial intelligence, advanced life sciences, cybersecurity, big data, and the code-ification of money, markets, and trust. Described by the Financial Times as “a lucid and informing guide on even the most technical issues,” The Industries of the Future goes beyond the technical and provides the geopolitical, cultural, and generational contexts out of which new innovations are emerging.

Ross serves as an advisor to investors, corporations, and government leaders to help them understand the implication of factors emerging at the intersection of geopolitics, markets, and increasingly disruptive network technologies.

He spent four years as Senior Advisor for Innovation to the Secretary of State, acting as the diplomatic lead on a range of national security issues. Previously, Ross served as the Convener for the Technology, Media & Telecommunications Policy Committee on Barack Obama’s 2008 presidential campaign and on the Obama-Biden Presidential Transition Team.

In 2000, he and three colleagues co-founded a technology-focused social enterprise and grew it from modest origins in a basement into a global organization serving millions of low-income people, with programs on four continents.

Ross started his career as a sixth grade teacher through Teach for America in Baltimore where he lives with his wife and their three young children.

Watch the video of Freeman A. Hrabowski. 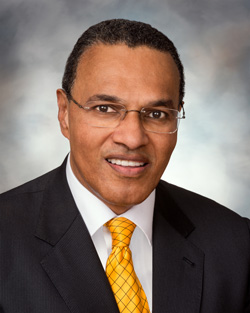 Named one of the 100 Most Influential People in the World byTime in 2012 and one of America’s Best Leaders by U.S. News & World Report in 2008, he also received TIAA-CREF’s Theodore M. Hesburgh Award for Leadership Excellence in 2011, the Carnegie Corporation’s Academic Leadership Award in 2011, and the Heinz Award in 2012 for contributions to improving the human condition. Under his expert leadership, UMBC has won commendation as a model for inclusive excellence by publications such as U.S. News & World Report, which has recognized UMBC as a national leader in academic innovation and undergraduate teaching for the past eight years.