Get inspired by these experts as together we explore the theme Our Boys, Their Future: Learning to Lead. 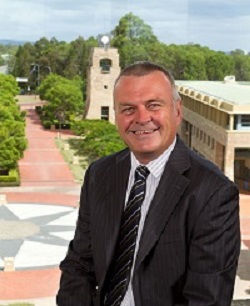 Education Success Factors and the Paradox of a Big Data World

Earlier, Brailsford spent his career in the tertiary sector largely with Go8 institutions, including the Australian National University, Monash University, and the Universities of Melbourne and Queensland. He has also held numerous visiting roles in Europe, North America, and China.

His notable achievements include appointments as the Foundation Dean of the UQ Business School and inaugural Frank Finn Professor of Finance in 2002. Brailsford became the first Australian to serve on the North American and European Boards for accreditation of business education. Several professional and learned societies have elected him President; and he holds fellowships with the Australian Institute of Management, Financial Services Institute of Australasia, and CPA Australia.

A multifaceted expert, Professor Brailsford also has demonstrable experience on commercial boards, government agencies, and professional committees. His interests include making sense of global economics; exploring the transforming role of education on youth; examining the role of sport in modern society; and investigating the drivers of corporate performance. 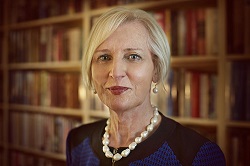 Leadership, Identity, and Valuing the Individual

A military officer for nearly four decades, Catherine McGregor graduated from the Royal Military Duntroon and served as an Infantry Officer on operations overseas. She held a wide range of strategic policy and operational roles, including on the personal staffs of four Chiefs of the Army and two Chiefs of the Air Force.

McGregor has also worked as a speech writer and adviser to some of Australia's most senior political leaders, including Bob Carr, Kim Beazley, Tony Abbott, and Barry O' Farrell. She writes regularly on politics and cricket as an opinion columnist and editorial writer at News Limited.

A published author, McGregor also engages as a powerful speaker on cricket, global strategic affairs, and her own poignant story of gender transition. The Australian Women's Weekly has voted her one of Australia's most influential women — three times!

In 2012, McGregor was awarded the Order of Australia in the military division for exceptional service to the Australian Army. She supports numerous charities for wounded veterans. McGregor stays involved in high-performance management with senior female cricket teams and is an Ambassador for Spartan Sports. She is a current first-grade player and cricket coach.