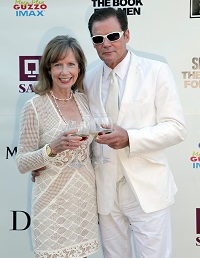 Susan Doherty and Hal Hannaford, both born and raised in Montréal, have been married for 37 years. For 31 years, Hannaford has successfully led three Canadian boys’ schools as headmaster. Doherty and Hannaford’s long union is forged from a mutual appreciation of their differences as much as their similarities.

The intersection of mental illness and physical illness establishes the thesis of their keynote: Healing pathways for survival are found through the abiding need for human connection. Mutual love of the arts also helps.

Doherty began her working life at Maclean’s magazine in Toronto. Next, she worked for a digital publishing company in Paris, freelancing for The International Herald Tribune, La Tribune de Genève, and The Independent in London. Back in Canada, she studied creative writing at University of Toronto, Concordia University, and the Humber School for Writers, while founding and operating her own advertising production company, On Location Productions.

In 2015, Doherty released her award-winning debut novel, A Secret Music. A lifelong volunteer, she devotes time to the YMCA and the Douglas Institute and has served on the boards of the Royal Conservatory of Music, Québec Writer’s Federation, and Nazareth House, a shelter for the homeless and addicted. Doherty also volunteers with patients suffering from schizophrenia. Her latest book, The Ghost Garden, addresses the idea of the transformative power of compassionate connection to tackle mental illness — a burgeoning global health crisis.

Hannaford holds degrees from Concordia University, University of Toronto, and INSEAD in France. As a young teacher, he also served as director of Kilcoo Camp, a summer camp for boys. Hannaford has taught elementary and high school in Canada and served on the Faculty of International Business at the American University in Paris. As a teacher, he survived with his unique brand of energy and creativity. In Toronto, Hannaford was the founding headmaster of Kingsway College School (Canada) in 1989. He joined Royal St. George’s College School (Canada) in 1996 as headmaster, and remained until 2009, when he moved to Montréal and became headmaster of Selwyn House School (Canada). Enthusiastically philanthropic, Hannaford has raised more than CA$30 million for charities as a volunteer auctioneer, most notably for The Children’s Aid Foundation in Toronto.

Doherty and Hannaford have two children: Alisse, a medical resident in Boston, and Reid, a filmmaker in New York.

"Marriage is a verb and represents something to be earned. Laugh. Commiserate. Celebrate. Forgive. Love. Mental and physical illnesses are merely symptoms when genuine partnership can provide the tools for recovery." 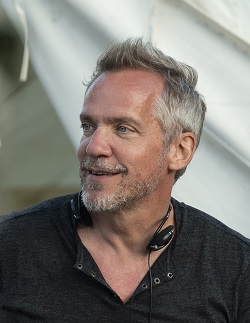 C.R.A.Z.Y. and the Art of Trying to Define Yourself

Jean-Marc Vallée is a writer, director, and producer whose films include C.R.A.Z.Y., Café de Flore, Demolition, Wild, and Dallas Buyers Club, for which he received an Academy Award nomination. For television, he directed all eight episodes of the acclaimed HBO series Sharp Objects, nominated for three Golden Globes including best television limited series. Vallée also directed all seven episodes of Big Little Lies, which marked his first foray into premium television and garnered eight Emmy awards and four Golden Globes for the limited series. Along with Nathan Ross, Vallée formed the production company crazyrose. They have in development a film on John Lennon and Yoko Ono for Universal. Next up, Vallée will direct the limited series Gorilla and the Bird for HBO.