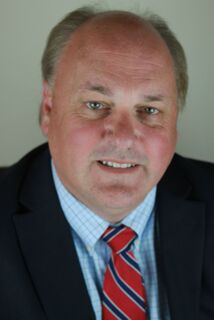 Clinical psychologist, author, speaker, and educational consultant Adam J. Cox has consulted and written about the emotional and cognitive development of youth for more than a decade. His books include On Purpose Before Twenty, designated one of the Best Courageous Books of 2014 by Parker Palmer’s Center for Courage and Renewal; No Mind Left Behind: Understanding and Fostering Executive Control – The Eight Essential Brain Skills Every Child Needs to Thrive; and Boys of Few Words: Raising Our Sons to Communicate and Connect. His commentary on youth, families, and schools has been widely covered by radio, television, and print media, including The New York Times, National Public Radio, and Newsweek.

A frequent lecturer on child development, Cox conducted the global school-based research project Locating Significance in the Lives of Boys for IBSC. During the research, he visited 20 project schools in the U.S., Canada, United Kingdom, Australia, New Zealand, Singapore, and South Africa. He presented the results of this groundbreaking study—the first to interview students worldwide about how they find meaning and purpose in their lives—at the 2011 IBSC Annual Conference in London. These findings provide a framework for a new understanding of the role of education in boys’ lives.

He served on the board of directors of the Children’s Arts Guild of New York and his Eight Pillars model of executive function has been widely adopted by schools seeking practical solutions for learning challenges in the era of distraction. Although this framework was initially designed to promote academic performance, it is now employed to build diverse forms of capability among young people, including social awareness and vocational decision-making. Cox has also developed experiential education and advisory programs worldwide aimed at building diverse forms of capability among youth. He was the first scholar-in-residence at the Sydney Church of England College (Shore) School (Australia), where he worked with students, parents, faculty, pastoral care, and other community members.

In addition to writing, professional development consulting, and clinical work, he operates a small blueberry farm in New England. He writes a newsletter, Family Matters, and a blog, Ideas on Youth.

Known as one of Canada’s greatest voices, award-winning jazz vocalist Molly Johnson is a mother, singer-songwriter, artist, and philanthropist who just released her highly anticipated new album Meaning To Tell Ya. Produced by Grammy award winner Larry Klein, it is more than a jazz record—it’s funk, it’s soul, it’s groove played by some of Canada’s best musicians.

Johnson’s story starts in the mid ‘60s when as a young grade schooler, she and her brother, Clark Johnson, were tapped by legendary Toronto icon and producer Ed Mirvish to appear in Porgy and Bess at the Royal Alexander Theatre. Performances in South Pacific, Finian’s Rainbow, and other classic musicals followed. With the desire to become a choreographer, the budding child star soon enrolled in the National Ballet School. Eventually the idea of writing songs captivated her.

At 15 years old, Johnson fronted the disco band A Chocolate Affair for just over a year. In 1979, she formed a funky art rock group, Alta Moda (Italian for “high style”), which later morphed into the harder rocking Infidels. While trying to make headway in the world of rock and roll with her bands, she began a parallel career as a jazz singer.

Dedicated to supporting communities in need, Johnson established the Kumbaya Foundation and Festival in 1992, raising awareness and funds for people living with HIV/AIDS, and continues to work with several other charitable organizations each year. She has garnered the Queen’s Jubilee medal. In 2008, she became an Officer of the Order Of Canada. Johnson earned this rare distinction for her philanthropic work for multiple causes and her international contributions to the arts. In 2016, she launched the Kensington Market Jazz Festival, which fills this colorful and vibrant area of Toronto with over 400 local Canadian musicians, performing 150+ shows over one weekend in September to more than 5,000 enthusiastic music fans.

In 2014, Johnson released the Juno-nominated Because of Billie in celebration of the music of Billie Holiday. Holiday’s journey inspires Johnson not only as an artist, but as a model citizen. Paying homage to Holiday’s childhood struggles, Johnson donated a portion of album sales to the Boys & Girls Clubs.