Andrew Martin, PhD, is a Registered Psychologist, President of Division 5 (Educational, Instructional, and School Psychology) of the International Association of Applied Psychology, and Professor of Educational Psychology in the School of Education at the University of New South Wales. His research focuses on motivation, engagement, and achievement as well as work into boys’ and girls’ education, gifted and talented, academic resilience, ADHD, and parenting. Andrew is the world’s most productive researcher in educational psychology, placing 1st in 2016 International Rankings of the Most Published Educational Psychologists, with over 250 peer reviewed journal articles and chapters. He was listed in The Bulletin magazine’s SMART 100 Australians and in the Top 10 in the field of Education. He is Associate Editor of British Journal of Educational Psychology and on Editorial Boards of numerous journals, including international journals (Journal of Educational Psychology; Contemporary Educational Psychology). His books, "How to Motivate Your Child for School and Beyond" (Bantam) and “How to Help Your Child Fly through Life: The 20 Big Issues” (Bantam) are published in five languages and have been enthusiastically received by schools and parents across Australia and beyond. His latest book is “Building Classroom Success, Eliminating Academic Fear and Failure” (Continuum). 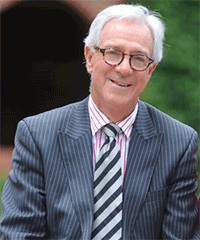 John Hendry OAM is known throughout the Geelong Grammar School (GGS) community as a wise, caring and inspirational leader. He has made a significant and lasting impact on the culture of the School and has led the development of GGS’s highly regarded relationship management model.

John has been a staff member at GGS since 1980 and was the Director of Student Welfare from 2005 to 2015 where he oversaw the development of pastoral care policies and practices at the School. John’s focus is the area of relationship management and he currently works as both an elder and consultant for the School’s Institute of Positive Education. He has provided keynote addresses at numerous national and international conferences focusing on student wellbeing, the management of mistake, the reparation of relationships damaged through mistake, and the role of forgiveness in wellbeing for individuals and institutions. He contends that institutional culture determines wellbeing and the capacity for each teacher and student to thrive. Wellbeing is fundamentally determined by the capacity to forgive.

John has been a core driver of the school’s implementation of Positive Education and his relationship models have underpinned the successful approach the school has taken in fostering wellbeing for all members of the school community. 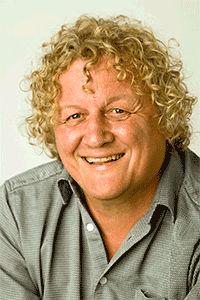 As a clinical psychologist, Andrew Fuller works with many organisations, schools and communities in Australia and internationally, specialising in the wellbeing of people, teams and families. He is Director of Resilient Youth Australia that works with 600 communities and 91,000 young people. He is also Fellow at the University of Melbourne.

Andrew has been the scientific consultant for the ABC on a 5 episode series called Whatever: the science of the teenage brain. He has also been a principal consultant to the national drug prevention strategy REDI, the ABC on children’s television shows, is an Ambassador for Mind Matters and is a member of the National Coalition Against Bullying. The concept of "resilience" offers a coherent framework for the creation of schools that are sensitive to the developmental needs of young people and their teachers. As Andrew describes, resilience is "the happy knack of being able to bungy jump through the pitfalls of life - to rise above adversity and obstacles."

Andrew’s most recent book is “Unlocking Your Child’s Genius” published in ten languages,. He is the author of TRICKY KIDS which has been now published in nineteen languages, Tricky Teens“Life: A Guide” Tricky People, Guerilla Tactics for Teachers, Raising Real People (Acer), From Surviving to Thriving (ACER), Work Smarter not Harder and Beating Bullies. Andrew has also co-authored a series of programs for the promotion of resilience and emotional intelligence used in over 3500 schools in Britain and Australia called The Heart Masters.

Andrew has established programs for the promotion of mental health in schools, substance abuse prevention, and the reduction of violence and bullying, suicide prevention programs and for assisting homeless young people.Andrew continues to counsel young people.
Powered by Finalsite