A College for Every Boy

College and university counselors in boys' schools are invited to attend A College for Every Boy hosted by Montgomery Bell Academy in Nashville, Tennessee. Following on previous conferences dedicated to the professional growth of college counselors in boys’ schools, this this conference will explore boys' maturity, motivation and engagement in college counseling, and discuss "best practices'' that help boys "own" the process of discovery, choice and application. This is also an opportunity to take stock of the current and future college admission scene from the perspective of our schools and students. 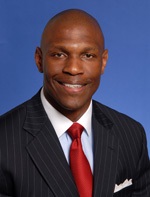 Dr. Chris Howard
Our Guest Speaker at our opening dinner on Thursday evening is Dr. Chris Howard, the twenty-fourth President of Hampden-Sydney College. He previously served as the Vice President for Leadership & Strategic Initiatives at Oklahoma University, in General Electric’s Corporate Initiatives Group, and in international project management, strategic planning, and business development at Bristol-Myers Squibb. Dr. Howard is a Distinguished Graduate of the United States Air Force Academy, earned a doctorate in politics from Oxford University while on a Rhodes Scholarship, and received an MBA with distinction from Harvard University. He is the co-author of the book, Money Makers: Inside the New World of Finance and Business, which was released this spring. He remains a reserve Air Force Lieutenant Colonel, earned a bronze star for his military service in Afghanistan, and is currently the US Reserve Air Attaché to Liberia. He is a co-founder and trustee of Impact Young Lives, a not-for-profit organization that brings South African students of color to the United States for summer tours of the business and society of American culture. He is also one of the few college or university chief executive officers in the United States to be invited to join the prestigious Young Presidents Organization. 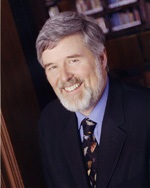 Dr. Michael Thompson
Our main presenter and facilitator during the conference is Dr. Michael Thompson. He is a psychologist, school consultant, and author or co-author of eight books, including the New York Times bestseller, Raising Cain: Protecting the Emotional Life of Boys, Speaking of Boys: Answers to the Most-Asked Questions about Raising Sons. His newest book, It's a Boy!: Understanding Your Son's Development from Birth to Eighteen, a comprehensive guide for the parents of boys, was published by Ballantine Books in March of 2009. A dedicated speaker and traveler, Dr. Thompson has spoken at or consulted to more than 500 schools in the U.S. and abroad. He has appeared on the Today Show, the Oprah Winfrey Show, ABC's 20/20, CBS's 60 Minutes, and NPR'sMorning Edition and Talk of the Nation. He was the co-author, host and narrator of a two-hour PBS documentary entitled Raising Cain: Focus on Boys which aired in January of 2006.

Registration for A College for Every Boy is now live and can be completed by clicking this link. The registration fee for an IBSC Member School delegate is $275/person; the rate is $350/person for those from schools that are not IBSC members.

We have arranged a special hotel rate at the Hilton Garden Inn Nashville/Vanderbilt, 1715 Broadway, Nashville, TN 37203 (www.nashvillevanderbilt.hgi.com). These special rates are in effect from February 24-26, 2011.
Room Rates: A single room is $115; a double is $120. Breakfast is included.
Reservations may be made in two ways:


Questions and Other Information