An Examination and Study of Differing Methodologies 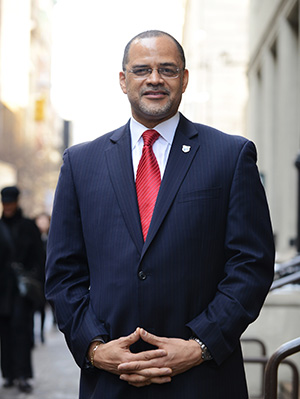 David C. Banks is Presidentand CEO of The Eagle Academy Foundation. He was the founding Principal of The Eagle Academy for Young Men, the first school in a network of innovative all-boys public schools in New York City. As President he is responsible for the successful leadership and management of the organization, which is charged with the replication of the successful Eagle model. Since opening in 2004, the Eagle Academy family has grown to encompass a total of six schools in the Bronx, Brooklyn, Queens, Harlem, and Staten Island in New York, as well as in Newark, New Jersey. It is expanding its vision nationally.

The Eagle Academy for Young Men, the first all-boys public high school in New York City in more than 30 years, is a nurturing institution that believes that excellence, both in character and scholarship, opens doors and provides a bridge to equality. The Eagle Academies represent a partnership among students, school staff, parents, mentors, and community partners, who are all committed to the guiding principles of academic excellence, leadership, and character development. These principles are supported by Eagle's core initiatives of mentoring, community service, extended day activities, Saturday Institute, summer programs, and parental involvement. The first Eagle Academy for Young Men was established as part of New York City’s 21st century high school reform initiative, an accomplishment achieved through a unique partnership with One Hundred Black Men, Inc. After five years of sharing space with the Bronx School for Law, Government & Justice, it has since moved into its own, state-of-the-art facility.

Prior to becoming principal of Eagle, David served as the founding Principal of the Bronx School for Law, Government & Justice. This theme-based high school provided a unique opportunity for him to combine his law and education backgrounds. During his tenure, David helped spearhead a community-wide effort to secure a permanent home for the school. As a result, Bronx Law is now housed in a $75 million, state-of-the-art facility, representing an unprecedented partnership between the criminal justice community and an inner-city high school.

David is a graduate of Rutgers University in New Brunswick, New Jersey, and received his juris doctorate from St. John’s University. He earned his Educational Administration and Supervision certification in only one semester by attending three colleges: Brooklyn College, City College, and Baruch College. Further, David has also been chosen as one of seven Black Male Achievement Social Innovators nationwide by the Leadership and Sustainability Institute, for demonstrating tangible results in improving the life outcomes of African-American men and boys. He has joined the IBSC Board of Trustees. In May 2014, Wheelock College awarded David an honorary doctorate degree.

David resides in New Jersey. He has four children, Jamaal, Aaliyah, Ali and Malcolm Rashaad, and one grandchild, Hayleigh. 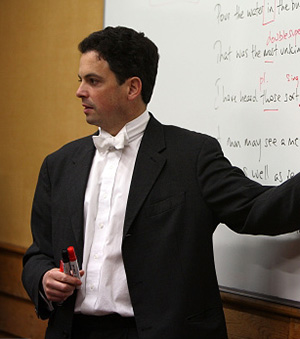 He has taught for more than 20 years on Eton’s Summer School programmes and has also led sessions for the member schools of the Eton-Windsor-Slough State School Partnership. This year he has run a sixth-form extension project between Eton College and St. Joseph’s Catholic High School in Slough. He also specializes in promoting greater coordination between academic and pastoral programmes, as well as leading staff development in the key areas of motivation and creating and maintaining a school-wide ethos.

Nacho Sala is a native Barcelonian who is in love with his city. He is a co-founder of an e-commerce travel and leisure agency, which is the leader in its sector in nine countries. A proud alumnus of Viaró Global School, he graduated in law from the University of Barcelona. He also undertook a masters in New Technologies and Multimedia at the UAB and has a PDD degree from IESE Business School. He lived and worked in Palo Alto, California, in the early days of the internet sector, and then in the year 2000 he founded Atrápalo, a travel and leisure agency, the industry leader in Spain and eight Latin American countries. Today more than 500 employees form the soul of the agency.

However, what he is most proud of is that he, along with his wife Chus Morán, is the co-founder of the most exciting project he can imagine: being the father of six children.