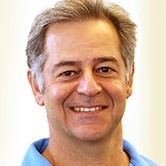 Helping Young Men Thrive and Thriving in Your Work with Young Men
Wednesday, 12 April
8:30 AM

Dr. John Best is a specialist sports and exercise medicine physician with the Orthosports Group in Sydney. After graduating from the University of Newcastle in 1984, Best was awarded Intern of the Year at St. George Hospital, completed postgraduate studies, and was subsequently awarded Fellowship with the Australasian College of Sports and Exercise Physicians in 1992. He acts as a Supervisor and an Examiner for the college and serves on its Professional Development Committee.

Best enjoys a number of clinical areas in sports medicine, in particular rugby medicine. He had been heavily involved with the Australian Rugby Union for almost 15 years. This includes serving as the Australian Team (Wallabies) team physician 1994-2000, including the 1999 World Cup tournament when the Wallabies were world champions. His other roles with Australian Rugby include Medical Director, Sports Science Consultant (High-Performance Unit), and Tournament Medical Officer for Rugby World Cup 2003. He has represented Australian Rugby on the International Rugby Board’s Medical Advisory and Anti-doping Committees working in areas of safety and player well-being.

Best and his family completed a working sabbatical in London, which involved working with professional sports clubs. This included the English Premier League Football (Fulham and Charlton Athletic), Professional Rugby (Wasps, Bath, and Leicester Rugby Clubs) and the London Broncos (now Harlequins) Rugby League Club. In 2005, he was appointed as Team Physician for the victorious Southern Hemisphere Rugby Team.

Other clinical interests include shoulder and hip disorders, exercise prescription, and health promotion through education and lifestyle change. Best is a Conjoint Lecturer at the University of New South Wales, Sydney, Australia, where he teaches medical and exercise physiology students.

In 2000, he was awarded the Australian Sports Medal for Sports Medicine by the Prime Minister and Governor General of Australia. He also acts as a medical consultant for the Australian Professional Golfers’ Association (PGA). In 2012, John was nominated as a "community leader" and completed a community awareness (CAPP) course with NSW Police. He also served on Football Australia’s High Performance Committee and currently sits on the National Rugby League’s (NRL) Medical Advisory Panel. 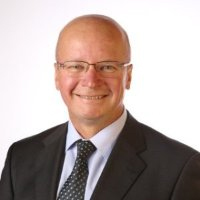 How Boys Grow: Caring for the Whole Person
Wednesday, 12 April
8:30 AM

Tom Cerni, Ph.D. is the Head of Counselling Services at The Scots College, Sydney, Clinical Supervisor with the Psychology Board of Australia/Australian Health Practitioners Regulation Agency, and an Honorary Associate at the University of Sydney. He is a member of the Australian Psychological Society and the American Psychological Association Division 13: Society of Consulting Psychology.

Cerni is the author of numerous articles in leading peer-reviewed journals examining the relationship between the Cognitive-Experiential Theory (CET), leadership styles, conflict-handling styles, and influencing tactics. From this research Cerni developed the Cognitive-Experiential Leadership Model and the Guided Reflection Model. His latest research examines the relationship between constructive thinking, use of imagination, and gender differences as predictors of Higher School Certificate results in New South Wales, Australia. 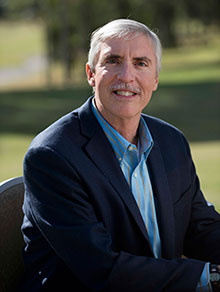 Working inside school reform, revamping teacher education, and rethinking leadership preparation over the past 30 years, Professor John Fischetti brings a divergent set of experiences to The University of Newcastle. As Head of School of one of Australia’s largest schools of education, he and the staff are committed to partnering with schools and the community to provide quality learning and teaching for all students. What drew Fischetti to Newcastle is the relevant and exciting opportunity to be part of a faculty serving a region evolving from an industrial giant to an innovation age, education-based society. The quality of teachers, leaders, and research are vital for this evolution, the future success of Newcastle, and all urban areas in the world.

Fischetti received his doctorate in education in professional development, school reform, and educational leadership for change in 1986 at the University of Massachusetts at Amherst. Previously he completed master's work in secondary education and holds a BA in economics and American government from the University of Virginia. Fischetti holds his teaching certificate in secondary social studies and has taught high school history, economics, and political science.

Prior to coming to Newcastle, he served as Dean and Professor of Educational Leadership at the College of Education and Human Development at Southeastern Louisiana University in Hammond, Louisiana. 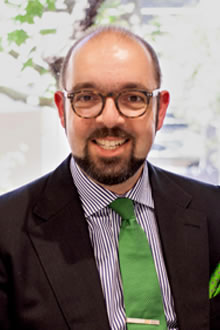 
As an educator by trade and conviction, CIRCLE founder Dr. Phil Cummins knows and understands schools and leadership. With more than 20 years in education as a leader, teacher, author, speaker, and most recently, an Adjunct Associate Professor in Education by the University of Tasmania, he now consults widely to government, schools, and other organizations about building culture and improving performance. Cummins believes that leadership that inspires learning and promotes outstanding educational outcomes is the key to unlocking improved performance in our schools.