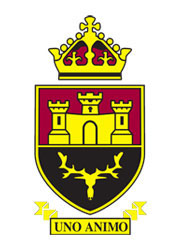 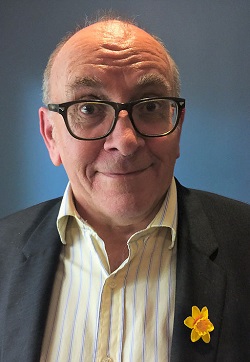 One of the country’s leading experts on raising boys’ achievement, Gary Wilson is a freelance education consultant, speaker, trainer, author, and former teacher of 27 years. Gary has advised and delivered training in more than a thousand schools and over 30 Local Authorities across the United Kingdom. For more information visit his website. 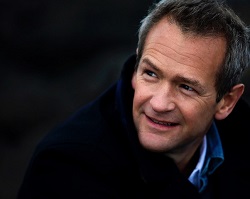 Alexander Armstrong is an English comedian, actor, television presenter, and bass baritone singer. He has hosted the BBC series Have I Got News for You more than 20 times and has co-presented the hugely popular TV quiz show Pointless alongside Richard Osman since 2009.

A regular on Classic FM presenting both the Saturday and Sunday afternoon programs, Armstrong returned to his musical roots releasing his debut solo vocal album, A Year of Songs, in November 2015. It reached number six on the UK Albums Chart in its first week and topped the UK Classical Charts—the first time a comedian/actor has reached No. 1 in that chart. Armstrong released his second studio album in October 2016, Upon a Different Shore. It debuted at number eight on the UK Albums Chart. He released his seasonal album In a Winter Light the following December. Most recently audiences have seen him alongside Ashley Banjo as he bares all for the third series of The Real Full Monty: The All New Monty 2019: Who Bares Wins. Together they lead a new group of celebrities and join forces to take to the stage and bare all for the biggest and most daring extravaganza to raise awareness of cancers in the intimate areas of the body.

Jonnie Noakes serves as director of teaching and learning at Eton College (United Kingdom) and director of The Tony Little Centre for Innovation and Research in Learning, focused on pedagogical excellence, evidence-informed practice and research into teaching, learning, and leadership in education. He is an expert in character education, with two decades of experience in teaching emotional intelligence and a deep knowledge of boarding education. As an English teacher, he has led two departments concurrently at Eton and at the London Academy of Excellence and has published 14 texts on contemporary novels for A-Level and undergraduate level. Noakes is a governor or trustee of several state and independent schools, a director of the education charity BrainCanDo, an editorial board member of the Chartered College of Teaching’s new journal Impact, and a member of the global research committee of the International Boys’ School Coalition. 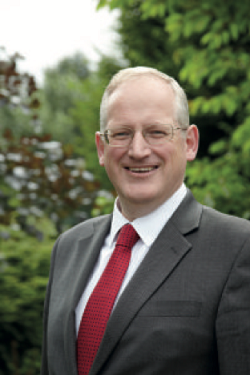 Headteacher at The Windsor Boys’ School (United Kingdom) for the last six years, Gavin Henderson previously worked as deputy head at Feltham Community College for 12 years and before that at schools in Brent, Haringey, Acton, and Richmond as an English teacher. He has more than 33 years of experience in a range of urban London schools and has successfully focused on basic literacy, vocational pathways, and inclusive teaching at A level. A graduate of Durham University, Henderson has studied for one master’s degree in language and literacy and another in educational leadership and management. He has facilitated formal training courses for middle and senior leaders, as well as helping develop training routes into teaching. Henderson is the educational representative on the regional Youth Offending Team management board.

He and his family have fostered more than 25 children. His wife teaches young people with special needs. They have two grown children and a grandchild just starting in the educational system. 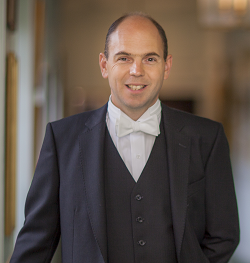 Henderson has experience as a governor at a range of schools in both the independent and state sectors, currently including Wycombe Abbey, Holyport College, and the London Academy of Excellence. He is married to Ali, a former civil servant who now works in the charity sector, and they have four children. 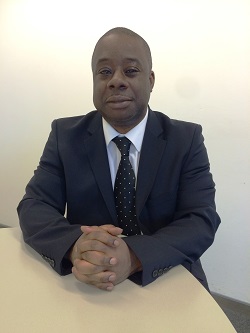 Ray Lewis is founder and director of Eastside Young Leaders' Academy, a youth leadership organization based in east London. He previously served as senior advisor to then-Mayor of London Boris Johnson, focusing on solutions to youth crime and mentoring, and as a prison service manager of a young offenders' institute. He currently chairs a national task force recently formed to address the increasing problems of serious youth violence.

Since its establishment in 2002, Eastside has become a model of excellence as it transforms the lives of young people at risk of social and educational exclusion. In 2007, it sent its first two bursary scholars to Rugby School and now works with Royal National Children’s SpringBoard Foundation to send 30 pupils a year to independent and state boarding schools.

Born in Guyana and schooled in London, Lewis is married with three adult daughters. He is a social entrepreneur, life coach, and expert in transformational programs for youth. 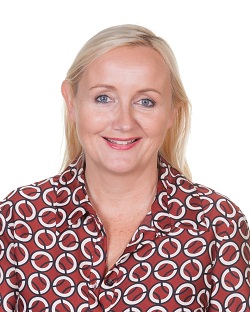 As a primary school head teacher for more than 10 years and a link advisor for the past three years, Helen Daniels is passionate about her own school but also thoroughly enjoys working alongside other head teachers.