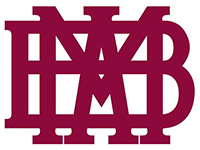 A native Nashvillian with a B.A. from Vanderbilt University, Varina Buntin lives on a farm 35 miles north of Nashville, her three children the sixth generation of the family to live on the land. Her two sons drove an hour each way to attend Montgomery Bell Academy (MBA) every day. Married to an MBA graduate, she also counts two grandchildren as current MBA students. In 1994, Buntin became the first woman elected to the MBA board of trustees and she has served for 25 years. She is also a founding board member of The Memorial Foundation, which each year awards grants totaling between six and seven million dollars. Buntin is an honorary trustee of nearby all-girls Harpeth Hall School. Involved in several study clubs, she enjoys reading, antiquing, collecting “Outsider Art,” the outdoors, and spending time with her eight grandchildren.

Mother of two MBA alumni, Beth Harwell served as speaker of the house in the Tennessee House of Representatives from 2011-18 and as a state representative from 1988-2018. She earned her Ph.D. from Vanderbilt University and taught political science at Belmont University from 1986-90. A former chairperson of the Tennessee Republican Party, Harwell also worked for the Hospital Corporation of America as a senior private consultant for 10 years. An author of several publications on politics and on employer/employee relations, Harwell has won many awards for her legislative work, achievements in the business world, involvement with the American Cancer Society, and work championing children’s causes. She currently serves on several boards including Tennessee State Museum Foundation Board, International Women’s Forum, and the Nashville Children’s Theater.

Colorado native Pam Koban grew up in Memphis and attended Colorado Women’s College before graduating from the University of Tennessee with a B.A. in psychology. She then earned her M.S. in management and labor relations from the University of Memphis Fogelman School of Business and Economics. Koban began her career as a business school instructor for Middle Tennessee State University, before becoming the University of Tennessee, Nashville director of human resources in 1977, human resource officer for the University of Tennessee systemwide administration in 1979, and then the systemwide chief human resource officer for the Tennessee Board of Regents in 1980. She is an elder and Sunday school teacher at Westminster Presbyterian Church, a trustee for MBA, and past board chair of the Martha O’Bryan Community Center. Koban was named to Gov. Bill Lee’s Task Force on the Future of Higher Education and has served as a member of the Tennessee Higher Education Commission since 2013. An active member of the Nashville Rotary Club and the 2020 Class of Leadership Nashville, she enjoys jogging, golf, gardening, and reading, and is an avid fan of college football. She and her husband, Mike, have three grown married children and two grandchildren.

An American country music songwriter since the early 1990s, Tom Douglas has written top 10 hits for John Michael Montgomery, Martina McBride, Tim McGraw, Collin Raye, and countless others. One of his first cuts was “Little Rock,” which Collin Raye took into the country top 10 in 1993. The Country Music Association (CMA) nominated it for Song of the Year in 1994, and it earned a Million-Air Award from Broadcast Music Incorporated for receiving one million plays on country radio. Douglas has co-written several songs for Tim McGraw, including “Grown Men Don’t Cry,” “Southern Voice,” “My Little Girl,” and “Let It Go.” He also co-wrote Martina McBride’s “Love’s the Only House,” as well as Lady Antebellum’s number one hit, “I Run to You.” His song, “The House that Built Me,” co-written with Allen Shamblin, won the CMA and Academy of Country Music Song of the Year Award in 2010. Douglas also received an Oscar and Golden Globe nomination for the song, “Coming Home,” for the movie, Country Song. In 2014, his song “Meanwhile Back at Mama’s” was nominated for the Grammy’s Country Song of the year. In 2014, Douglas was inducted into the Nashville Songwriters Hall of Fame.

Travis Hill has lived and worked in the Nashville music community for more than 20 years. A co-founder of independent music publisher Carnival Music, he has multiple number one songs to his credit between publishing and songwriting (under his pen name Scooter Carusoe), including “Anything But Mine” and “Better as a Memory” by Kenny Chesney, “Mean to Me” and “Wanna Be That Song” by Brett Eldredge. Hill’s also had songs recorded by Rascall Flatts, Eric Church, Lady Antebellum, Uncle Kracker, Dierks Bentley, Sugarland, Gary Allan, Jordan Davis, Chris Janson, Darius Rucker, Chase Rice, Eli Young Band, and more. His two sons attend MBA.

Kirk Herbstreit is an analyst for ESPN's College GameDay, a television program covering college football and a provider of color commentary on college football games on ESPN and ABC. He appeared annually as a commentator for EA Sports's NCAA Football until the series went on hiatus following NCAA Football 14. From 1989-93, Herbstreit played quarterback for the Ohio State University football team. Three of his sons have attended MBA.

MBA Athletic Director Mark Tipps also teaches government classes. Previously, he was a partner at the law firm Bass, Berry & Sims in Nashville. Tipps also served as Sen. Bill Frist’s chief of staff in 1995 and as national campaign manager for Lamar Alexander’s 1999 presidential campaign. While working at two other law firms—including one he co-founded, Tipps frequently gave lectures on American government and politics at colleges and high schools. His son attended MBA.

Mike Reid has enjoyed great success as an NFL football player and as a songwriter. Reid was a first-round draft pick for the Cincinnati Bengals and was Defensive Rookie of the Year after his first season. His success continued when he was voted NFL All-Pro in 1972 and 1973. Despite these honors, Reid decided he would rather play music than football for a living. He retired from the Bengals and moved to Nashville where he continued to garner accolades by winning the Songwriter of the Year Award. Since 1983 when Mike Reid scored his first number one country hit song “Inside” by Ronnie Milsap, he has composed more than 30 top 10 country and pop hits—21 records have gone all the way to number one on the chartsHis song “Stranger in My House” recorded by Ronnie Milsap won a Grammy. Bonnie Raitt, Anita Baker, Bette Midler, Prince, George Michael, Nancy Wilson, Etta James, Kenny Rogers, Ann Murray, Wynonna Judd, Alabama, Joe Cocker, Tanya Tucker, Willie Nelson, Collin Raye, Tim McGraw, and many other famous artists have recorded his songs.

Kathryn Zeuthen is a parent of a current senior at MBA and a dedicated volunteer. Prior to full-time parenting, she worked as an educator, earning her M.Ed. in special education with a focus on learning disabilities and dyslexia. Zeuthen taught in Atlanta and Nashville for 10 years. She is a member of the Orton-Gillingham Academy and has trained teachers in this methodology for many years. Her children include Thomas, MBA class of 2020, and Anna, class of 2023 at Harpeth Hall School. At MBA, she Zeuthen has served the MBA Mothers Club on its executive board and running the Big Red Store.

Catharine Hollifield has taught studio art at Montgomery Bell Academy for the past 17 years. She serves as faculty advisor for MBA's student-run Music and Arts Festival, ENDADA, now in its 10th year. Hollifield works with the MBA Service Club on projects related to advocacy for and support of individuals with intellectual or developmental disabilities. She earned a B.A. from Wake Forest University after attending Harpeth Hall School.