Bringing Out Creative Expression in Boys Howard Ionascu studied music at Manchester University before being appointed Vicar Choral in Wells Cathedral Choir. Whilst at Wells, he sang on many recordings, broadcasts and international tours. In 1997 he founded The Laudate Choir, a choir of young singers, which continues to perform regularly in London as well as further afield. With the Laudate Choir, he has recorded various CDs for Meridian and Priory Records and performed with The City of London Sinfonia, English Chamber Orchestra, Sinfonia Britannica and Onyx Brass. Howard has also been Musical Director of Bournemouth Sinfonietta Choir, Finchley Children’s Music Trebles Choir, The Esterhazy Singers in London and worked with Guildford Choral Society, City of London Choir, as well as on Eton Choral Courses as a Guest Conductor.

Prior to his post as Director of Junior Academy, Howard taught at Radley College, Royal Grammar School, Guildford and most recently as Director of Music at The King¹s School, Canterbury. In 2007, Howard undertook a six month Conducting Fellowship in Australia, leading workshops and masterclasses across New South Wales. 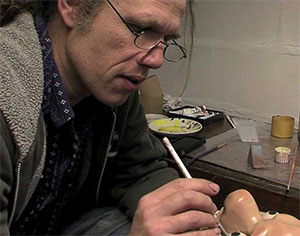 Strangeface is an award winning mask and puppet company. Accompanying their many successful mask and puppet shows they regularly run workshops in schools, colleges and universities introducing students to the principles of mask performance. These may constitute a short introduction over a double period to a week’s residency ending in a full performance.

Using Strangeface’s unique style of mask, students develop many other valuable skills in an enjoyable and surprising way - these include self-confidence, spontaneity, empathy, teamwork emotional intelligence and problem solving to name a few. Workshops are designed to be fun and are tailored to each group’s ability.

Today’s interactive demonstration will give an overview of the company’s exhilarating approach to working with masks in schools. 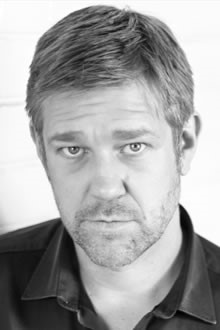 Find Your 'Voice'. Fulfill Your Potential.

Immensely engaging, funny, challenging and heart-warming, David is passionate about the idea that we all have a unique and authentic purpose and talent - a 'voice' if you like - and that part of his 'voice' in the world is to help others discover theirs and to build a career, and a life, that truly fulfills their potential.

Whether addressing students, teachers, senior staff or award attendees, one of the truly unique things about David is his ability to combine his huge wealth of performance excellence on stage, camera and studio with the potency and power of the universal language of music (from the disciplined elegance of the classical orchestra to the raw power of the punk ethic and everything in between!!). In doing so, he has gone on to inspire and help tens of thousands of individuals, teams, organisations and communities all over the world to sustain meaningful change and to 'find their voice'.