IBSC Reaching, Teaching, and Succeeding with Boys of Color Conference 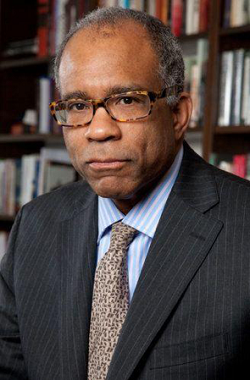 Michael R. Klein Professor at Harvard Law School, Randall Kennedy teaches courses on contracts, criminal law, and the regulation of race relations. Born in Columbia, South Carolina, he attended St. Albans School, Princeton University, Oxford University, and Yale Law School. Kennedy served as a law clerk for Judge J. Skelly Wright of the United States Court of Appeals and for Justice Thurgood Marshall of the United States Supreme Court. He is a member of the bar of the District of Columbia and the Supreme Court of the United States. Awarded the 1998 Robert F. Kennedy Book Award for Race, Crime, and the Law, Kennedy writes for a wide range of scholarly and general interest publications. His most recent books include For Discrimination: Race, Affirmative Action, and the Law (2013), The Persistence of the Color Line: Racial Politics and the Obama Presidency (2011), Sellout: The Politics of Racial Betrayal (2008), Interracial Intimacies: Sex, Marriage, Identity, and Adoption (2003), and Nigger: The Strange Career of a Troublesome Word (2002). A member of the American Law Institute, American Academy of Arts and Sciences, and American Philosophical Association, Kennedy is also a charter trustee of Princeton University. 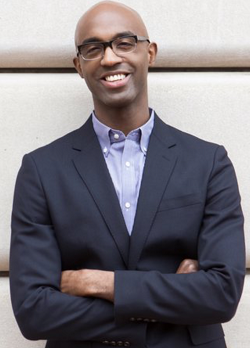 An assistant professor of educational studies at Swarthmore College and a senior research fellow with the Center for the Study of Boys’ and Girls’ Lives at the University of Pennsylvania, Joseph Derrick Nelson is a sociologist of education, a school ethnographer, and a teacher educator who employs interdisciplinary frameworks to examine the interplay of identity, culture, and urban schooling. His research to date has explored how race and gender stereotypes influence the identity development of high-achieving black boys during childhood and early adolescence. These multi-year projects have led to publications with Teachers College Record, Harvard Educational Review, the Psychology of Men and Masculinity, and guest co-editing a special issue on boys’ education with the Journal of Boyhood Studies.

His forthcoming book, Unjust Resilience: Black Boyhood, Academic Success, and the Middle School Years (Harvard Education Press), is derived from a three-year study of African American boys’ resilience to be successful middle school students, and develop identities that resist negative stereotypes of black boys and men, all while navigating racism and poverty in their neighborhood communities.

Nelson is currently on the executive committee for the MacArthur-funded Center for the Study of Men and Masculinity at Stony Brook University and serves as the education liaison for the NoVo-funded Project for the Advancement of Our Common Humanity at New York University. His research has been supported by the National Academy of Education/Spencer Foundation, the Ford Foundation, and IBSC. In his hometown of Milwaukee, Nelson taught first grade for two years in a single-sex classroom for black and Latino boys.