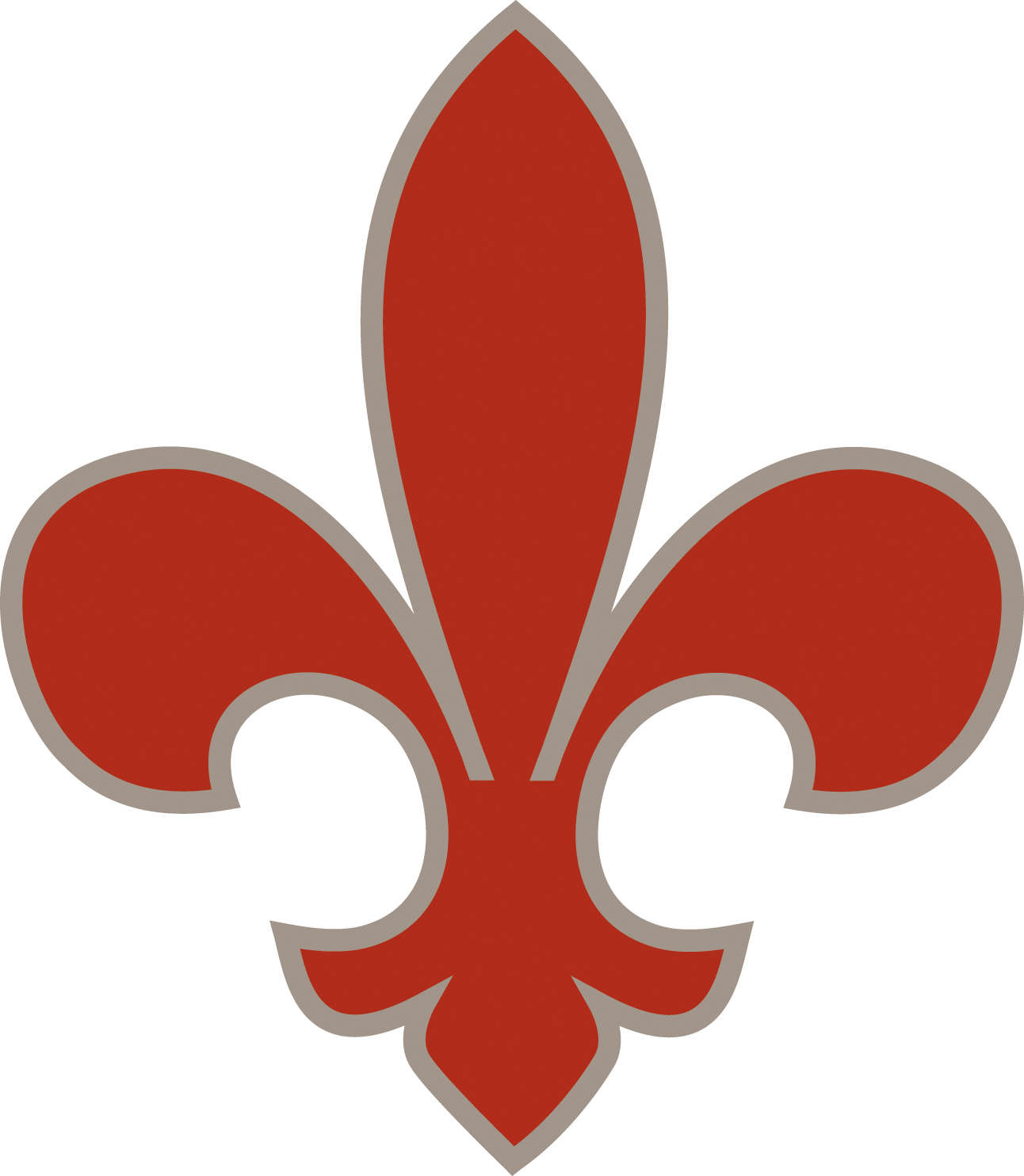 Rewriting the Narrative: Guiding Boys in an Age of Extremes

Mike London serves as Head Football Coach for Howard University. Last season, his first at Howard, London led the team to victory over UNLV, which ESPN deemed the biggest upset in college football history. Under London, the team played its first winning season since 2012. He continues to garner accolades and awards for his football and leadership prowess.

A former Richmond police detective, London’s time in law enforcement dealing with the entire spectrum of human emotions and actions has provided a wealth of experience that he draws on to assist players both on and off the field. There are few stressful situations he has not faced — including having a loaded pistol pointed at him and the trigger pulled, only to have the weapon malfunction and not discharge its potentially lethal round.

London also had the remarkable opportunity to save one of his daughter’s lives when he was identified as a perfect match for her rare bone marrow disorder. That opportunity is one reason why London is an advocate of servitude and makes sure his players understand and embrace the concept of giving back through a variety of community services activities. One of the most visible was the team’s annual bone marrow donor registration drive as part of the national “Get in the Game, Save a Life” initiative.

London comes to Howard University after serving as an associate head coach/defensive line coach for the University of Maryland Terrapins. Before coaching the Terrapins, he was the head coach at the University of Virginia. A highly-regarded recruiter, London helped bring in four top-35 classes during his tenure in Charlottesville and brought in two Virginia-bred five-star recruits in 2014 (247Sports). London led Virginia to an 8-5 season in 2011 and was named ACC Coach of the Year.

As the head coach at University of Richmond (2008-09), London captured 24 wins and led the Spiders to the FCS Championship in his first season. He helped 28 Spiders achieve all-conference honors in just two seasons.

London played defensive back at Richmond (1979-1982) before playing one season for the Dallas Cowboys.

In 2014, M. Hannah Lauck was unanimously confirmed by the Senate to serve as United States District Judge in the Richmond Division of the Eastern District of Virginia. Previously, Judge Lauck had served as a United States Magistrate Judge. She is a member of the Virginia and District of Columbia bars, and the Fourth Circuit Judicial Conference.

Judge Lauck received her B.A. in political science from Wellesley College, magna cum laude and Phi Beta Kappa, in 1986. She received her J.D. in 1991 from Yale Law School. After law school, she clerked for the Hon. James R. Spencer in the Richmond Division of the Eastern District of Virginia. Judge Lauck then worked in a Washington, D.C. law firm. In 1994, she began her 10-year tenure as an Assistant U.S. Attorney, prosecuting both civil and criminal cases. Before becoming a judge, Judge Lauck served as a Supervising Litigation Attorney at the headquarters of Genworth Financial, Inc., a Fortune 500 company based in Richmond. She has also taught at the University of Richmond School of Law.

In 2014, Judge Lauck won the Metropolitan Richmond Women Bar Association’s Woman of Achievement Award. In 2011, she was named one of Virginia’s Leaders in the Law.

Judge Lauck formerly served as the President of the John Marshall American Inn of Court. She has served on the boards of the Richmond Bar Association, Metropolitan Richmond Women’s Bar Association, District Four of the National Association of Women Judges, and St. Stephen’s Preschool. She currently serves on the Board for the Federal Bar Association.

Judge Lauck lives in Richmond, Virginia with her husband and their two teenage children.

Director of Brand and Trade Channel Integrity and Assistant General Counsel for Altria, Michael Thorne-Begland began his career with Altria in 2004 as an attorney in the Law Department advising on counterfeit and contraband tobacco issues. Since January 2009, Michael has run Altria’s Brand and Trade Channel Integrity department. The department is responsible for helping Altria’s companies protect the integrity of their brands and the legitimate trade channels through which they are distributed and sold.

In 2014, Michael helped found — and for three years led — Altria’s employee resource group for LGBTQ employees. Through this work, Michael has become a leader on all issues of difference and inclusion at Altria.

Prior to joining Altria, Michael practiced law with the firm Hunton & Williams in Richmond, specializing in international corporate and commercial matters. He completed his bachelor of arts degree at the College of William and Mary, and earned a law degree from the University of Richmond.

Michael currently resides in Richmond with his husband, Judge Tracy Thorne-Begland, and their 13-year-old daughter and son.

Tracy Thorne-Begland was born on October 3, 1966, and raised in Southern Florida. He attended Vanderbilt University where he served as president of the Alpha Tau Omega fraternity and was active in the Racial Environment Project. During college, Tracy developed a passion for aviation and earned his single, multi-engine, and instrument pilot ratings.

After graduating from Vanderbilt in 1989, he joined the United States Navy to pursue his dream of becoming a Naval Flight Officer. He attended Aviation Officer Candidate School in Pensacola, Florida. After being commissioned as an Ensign, Tracy earned his wings as a Naval Flight Officer, graduating at the top of his class and earning Top Gun honors. Tracy was assigned to Attack Squadron 65, the Fighting Tigers, based at Oceana Naval Air Station in Virginia Beach.

In 1992, Tracy sought to highlight the injustice of the Department of Defense ban on service by homosexuals when he acknowledged his sexual orientation on the ABC News program Nightline. Based on Tracy’s admission the Navy moved to discharge him, and over the following two years, Tracy took part in a national debate on the topic of “gays in the military.” He made numerous appearances in forums such as the Today Show, Larry King Live, and Crossfire.

Tracy was honorably discharged in 1993, was returned to active duty by federal court order that same year, and was again discharged honorably under the military’s newly minted Don’t Ask, Don’t Tell policy in 1994. Ironically, the Secretary of the Navy awarded Tracy a Navy Achievement Medal for his service on the same day he was discharged. Tracy appealed his final discharge unsuccessfully to the U.S. Supreme Court. In December 2010, President Obama recognized Tracy’s commitment to the cause by inviting Tracy and his partner to attend the signing ceremony of the legislation ending the military’s policy of discrimination against gay service members.

After his final discharge from the Navy, Tracy enrolled in T.C. Williams School of Law, and was graduated in 1998. While in law school, Tracy served as a member of the Law Review, as President of the Moot Court Board, and as a Justice to the School’s Honor Court.

Since law school, Tracy has served as both a law clerk for the United States Court of Appeals for the Fourth Circuit Staff Office and as a state prosecutor in Richmond Commonwealth’s Attorney’s Office.

At the Fourth Circuit, Tracy was responsible for reviewing pending appeals involving both state and federal criminal litigation as well as a panoply of civil matters including: civil rights violations, employment discrimination claims, and immigration matters.

Tracy served as a Deputy Commonwealth’s Attorney beginning in 2006 and oversaw a complete restructuring of the office under the newly elected Commonwealth’s Attorney Michael Herring. These changes included newly reconstituted district, circuit, and specialized prosecution teams, as well as significant outreach and coordination between the office and its local, state, and federal counterparts in law enforcement.

In 2009, Tracy was promoted to Chief Deputy Commonwealth’s Attorney and has overseen the day-to-day operations of the office since that time. In addition to supervising the various practice groups within the office, Tracy maintains his own practice focused on the prosecution of aggravated assaults, robberies, and vehicular homicides.

Tracy has lectured on topics ranging from the use of unadjudicated acts in sentencing proceedings to the prosecution of vehicular homicides and drunk driving. He has also recently joined the faculty at the University of Richmond as an adjunct professor teaching trial skills.

Tracy has previously served as a member and Vice-Chair of the Board of Directors of Equality Virginia, and as a member of the Military Advisory Committee to the Service Members Legal Defense Network.

Tracy’s partner, Michael Thorne-Begland, is a Director and Assistant General Counsel with Altria. They live in Richmond where they raise their son and daughter, Chance and Logan.