Join fellow boys' school educators to explore how to promote an environment of well-being and peak performance — both for yourself and your school community.

Shore School (Australia) partnered with Dr. Greg Wells to establish a program that creates a culture of health, well-being, and peak performance at the school. Discover how Shore School focused on educating all its staff in 2017, followed by presenting Wells’ model for well-being to parents and students of the school in 2018.

Plus, hear from Dr. Michael Carr-Gregg, well known as one of Australia’s highest profile psychologists. Learn how Carr-Gregg has spent recent years working with schools around the country to assist teachers and parents to build student and staff well-being.

Join us for this one-day event to delve into current well-being issues and research, as together we uncover best practice about what really works for students and teachers. 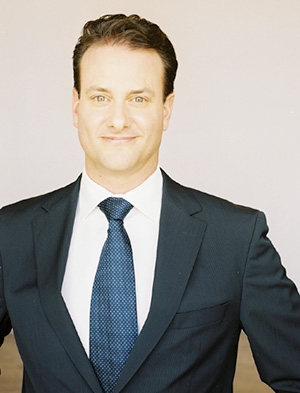 As a scientist, broadcaster, author, coach, and athlete, Dr. Greg Wells has dedicated his career to understanding human performance and how the human body responds to extreme conditions.

Wells is an assistant professor of kinesiology at the University of Toronto, where he studies elite sports performance. He also serves as an associate scientist of physiology and experimental medicine at The Hospital for Sick Children, where he leads the Exercise Medicine Research Program. Previously, he served as the director of sports science at the Canadian Sport Institute, and taught elite sports coaches at the National Coaching Institute.

Throughout his career, Wells has coached, trained, and inspired dozens of elite athletes to win medals at world championships, including the Commonwealth Games and the Olympics. He has studied athletic performance in some of the most severe conditions on the planet, including the Andes Mountains and Sahara Desert.

A frequent contributor to The Globe and Mail, Wells has served as an expert source to other top media outlets like ABC News, “20/20,” The Discovery Channel, TSN, CBC, and CTV. He also worked as the sports medicine analyst for the Canadian Olympic Broadcast consortium for the 2010 and 2012 Olympic Games. 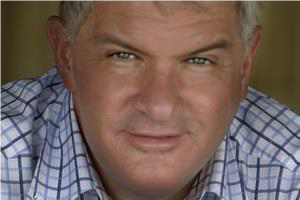 Dr. Michael Carr-Gregg is one of Australia's highest profile adolescent and child psychologists. He currently works in private practice, as well as consulting to Inowell, a joint project of PWC, University of Sydney, and the federal government.

He wrote his Ph.D. at the University of New South Wales on adolescents with cancer. More than 30 years ago, Carr-Gregg named and founded CanTeen with a group of young cancer patients.

He has worked as an academic, researcher, and political lobbyist. The author of 12 books, Carr-Gregg is an ambassador for Smiling Mind and Big Brothers Big Sisters. He serves on the boards of the Family Peace Foundation and the National Centre Against Bullying.

Carr-Gregg is a columnist for a number of publications, including The Huffington Post, Girlfriend Magazine, and the Australian Boarding Schools Association publication LightsOut. He is the resident parenting expert on Channel 7's "Sunrise," psychologist for Channel 9’s "Morning Extra," and the "Morning Show with Neil Mitchell" on Radio 3AW.

Married with two sons, Carr-Gregg is a special patron of the Hawthorn Football Club.