Bringing the Shadows Together: The Masculine Self — Linda Gibson-Langford, The King's School, Australia

Bringing the Shadows Together: The Masculine Self — Linda Gibson-Langford, The King's School, Australia 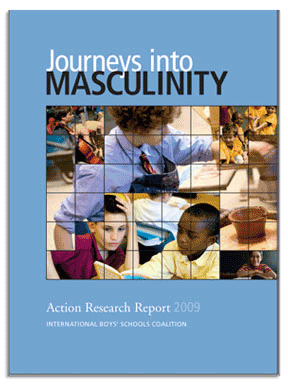 An action research project was undertaken in the latter part of 2008 at a boys’ school in Sydney, Australia, involving a class of year 8 English students. The research question was: How can boys’ understanding of masculinities be broadened and enhanced through literature in the English curriculum? The plural of masculine was purposively used to move from an essentialist perception of masculinity to align with recent understandings of masculinity as being not one, but many. Studying Shakespeare’s The Merchant of Venice, the boys undertook various tasks that focused on establishing their current perception of masculinities as well as activities that destabilized those understandings through alternative readings of the play. Initially the boys shared similar essentialist views of what it is to be a man, but as they worked through the activities based primarily on The Merchant of Venice, their discourse moved toward a broader interpretation and construal of gender, illustrating the potency of literature in enriching and enhancing their world views.

"The teacher-student relationship disappeared as we engaged in heated discussions; working from superficial ideas toward deeply held, and felt, beliefs."