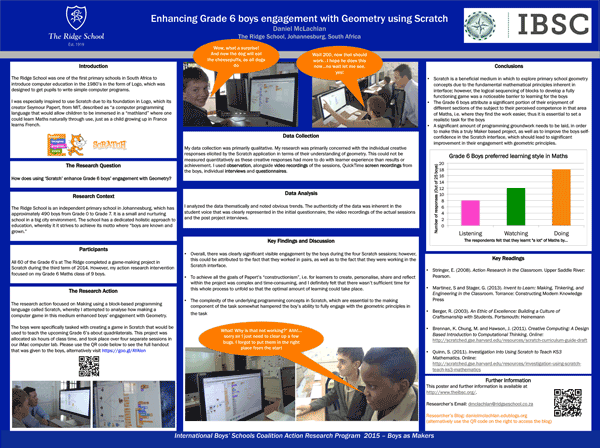 The Ridge School was one of the first primary schools in South Africa to introduce computer education in the 1980’s in the form of Logo, which was designed to get pupils to write simple computer programs. I was especially inspired to use Scratch due to its foundation in Logo, which its creator Seymour Papert , from MIT, described as “a computer programming language that would allow children to be immersed in a “ mathland ” where one could learn Maths naturally through use, just as a child growing up in France learns French.