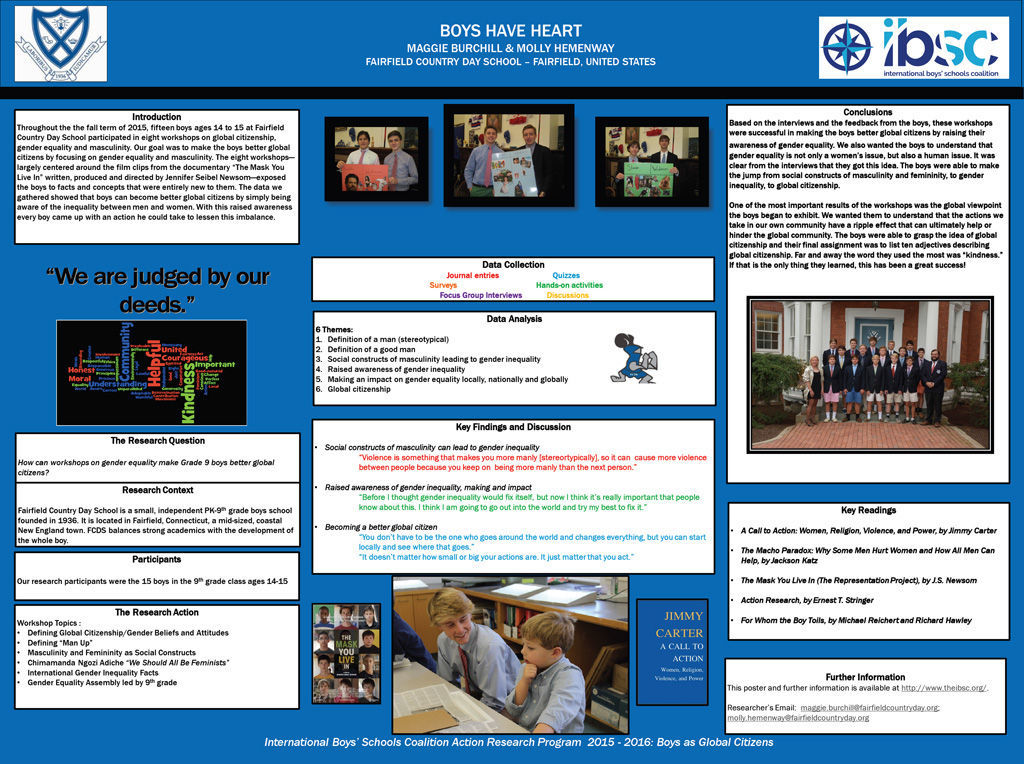 The goal of our project was to make the boys better global citizens by focusing on gender equality and masculinity. The boys participated in workshops – largely centered around the film clips from the documentary ‘The Mask You Live In,' written, produced and directed by Jennifer Seibel Newsom – exposed the boys to facts and concepts that were entirely new to them. The data gathered showed that boys can become better global citizens by simply being aware of the inequality between men and women. With this raised awareness, every boy came up with an action he could take to mitigate this imbalance.