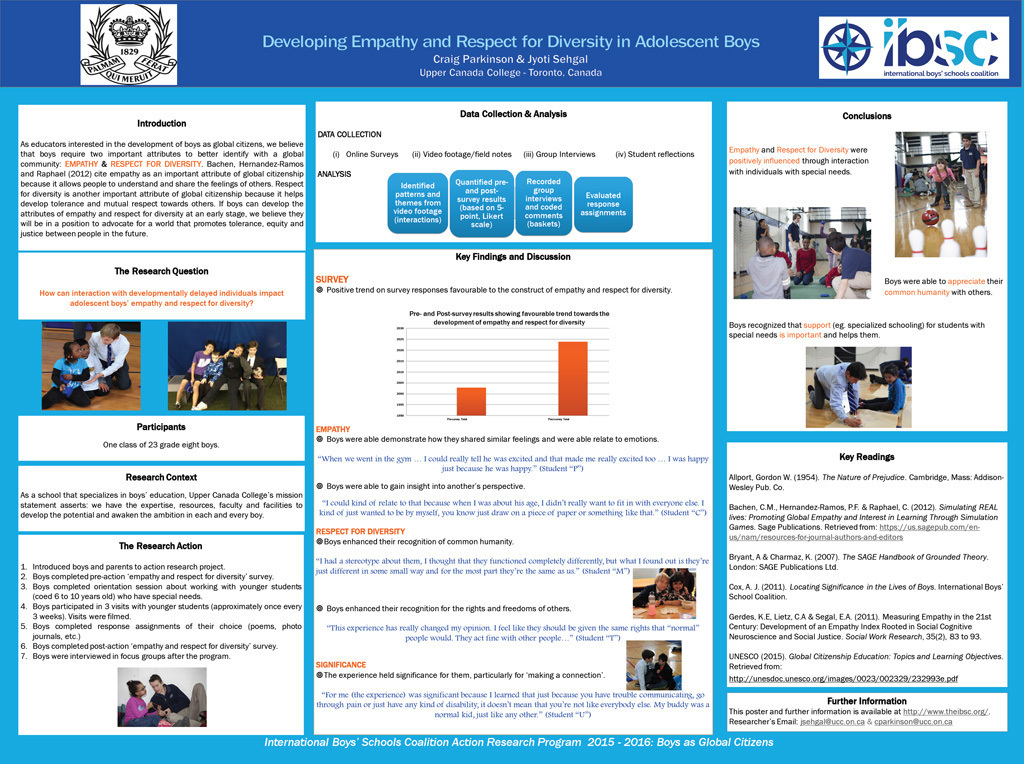 This action research concerns itself with the development of boys as global citizens. It looks closely at new actions aimed at improving attributes of global citizenship; specifically empathy and respect for diversity. In terms of how educators develop empathy and respect for diversity in boys, there is growing consensus that human-centred approaches are considered best practice. When boys are placed in direct contact with differing groups or cultures, there is opportunity for them to develop attributes of global citizenship. During the 2015 - 2016 academic year, one Grade 8 class connected with a group of younger Developmentally Delayed (DD) students from inner-city schools within the city of Toronto. There were 3 scheduled visits and the boys spent time with younger DD students in conversation and cooperative group activities. Through multiple interactions with DD students, Grade 8 boys developed important attributes of global citizenship and recognized that despite their individual differences, humans share similar experiences and emotions. Grade 8 boys also recognize d that despite their differences, humans are entitled to individual rights and freedoms. This action research validates contact theory and encourages personal interaction between differing groups of students as a pedagogical tool that effectively develops boys as global citizens.