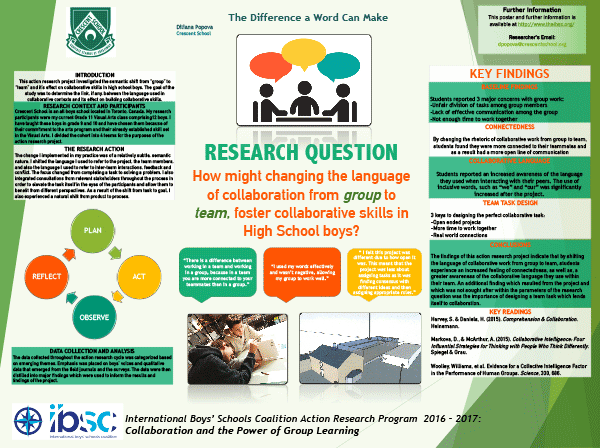 The change I implemented in my practice was of a relatively subtle, semantic nature. I shifted the language I used to refer to the project, the team members, and also the language I used to refer to inter-team interactions, feedback and conflict. The focus changed from completing a task to solving a problem. I also integrated consultations from relevant stakeholders throughout the process in order to elevate the task itself in the eyes of the participants and allow them to benefit from different perspectives. As a result of the shift from task to goal, I also experienced a natural shift from product to process.