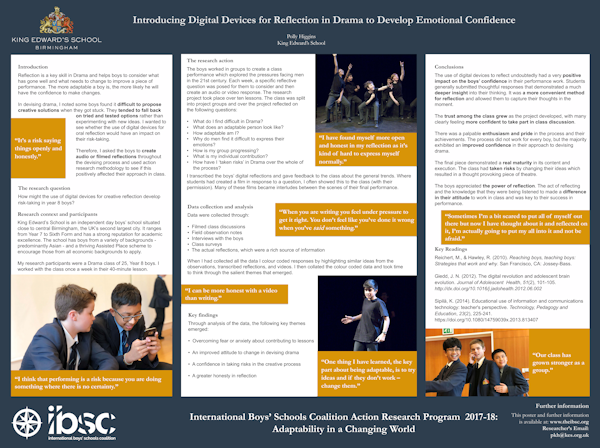 I have observed that some boys find it difficult to take initiative or propose creative solutions when they get stuck. They then tend to fall back on tried and tested options - doing the same things they have done before, rather than experimenting with something different. In whole class discussions, those boys who contributed appeared to be the most willing to make changes to their work. Quieter boys would answer when directly challenged, but appeared uncomfortable to do so. I wanted to find a way to allow all boys to orally reflect on their work and to see if this would have an impact on their attitude to devising drama. Boys wrote reflections, but these were often formulaic and tended to be more a description of what they had done rather than what they had learned. I asked the boys to create audio or filmed reflections using their own digital devices to see if this would affect their approach in class.