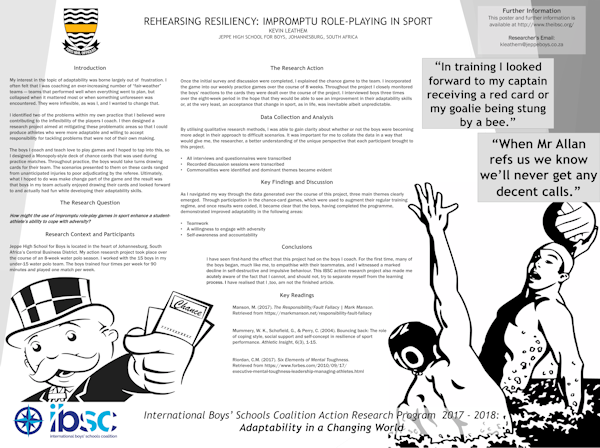 In October 2017, a water polo team of fifteen under-15 boys participated in an eight-week game-based training programme in an attempt to make the team more adaptable and resilient when it mattered most—when circumstances beyond their control did not favour them. Once a week over the course of a season, the boys played an impromptu role play game developed specifically for this action research project and their participation in this game formed the basis of this project.